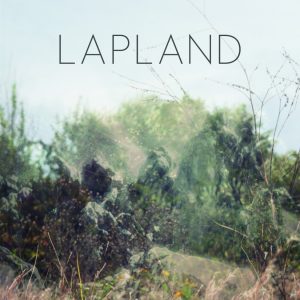 Lapland was born in a tiny half-bedroom in Brooklyn, where songwriter Josh Mease began recording a new batch of songs in early 2011. He worked alone using whatever was within reach – only rarely using other musicians.  Perhaps this self-imposed isolation is why Lapland has such an introspective tone. Themes of separation and loss are woven throughout the album, as Lapland moves fluently through different styles and genres while maintaining a uniquely personal sound.  One can hear the effect of the myriad of music styles and genres that informed Lapland, including early synth pioneers of the ‘60s and ‘70s, French Impressionists like Ravel and Debussy, and 1970s staples like Fleetwood Mac.
Ghettoblaster recently caught up with Josh to discuss his self-titled record, which drops March 26 via Hundred Pockets Records.  This is what he said about it…
What was the most difficult song to take from the initial writing stage through recording and mixing? Why was it so troublesome?
The only problems I really came across occurred during mixing, after the tracking was complete.  They were all technical issues.  Recording yourself at home can be tricky, so any difficulties that arose were due to not being able to track at a fancy studio.  Of all the songs, “Metal Lungs” presented the most problems with making everything sound right.
Which of the songs on the record is most different from your original concept for the song?
I’d say “Memory” came out pretty differently from the arrangement I heard in my head when I first wrote the song.  The original demo is pretty sparse with only a keyboard drone and a tambourine, but the final version has walls of synths, choir vocals, and layers of piano swirling around.  I think it’s great when you record a song and it completely morphs into something you didn’t envision.
Did you have any guest musicians play or sing on the record?
The only other musicians playing on the record besides me are drummers.  Most of the drums on the record were played by Brian Wolfe (Sufjan Stevens, St. Vincent / David Byrne, Dap Kings).  Some of my favorite records use the one-man-band, or near-one-man-band approach (Stevie Wonder, Paul McCartney records).  It always feels like your peering inside the songwriters mind, which I really enjoy.
Who produced the record? What input did that person have that changed the face of the record?
I produced the record myself.  This can be difficult, as it’s easy to lose objectivity.  I wanted the sound to be as close to what I heard in my head as possible without a third party mucking it up.
Is there an overarching concept behind your new album that ties the record together?
It was only after the fact, that I realized many of the songs are about vanishing or being taken away.  I didn’t plan this at all.  The record is really a collection of my strongest songs over the past few years.
Have you begun playing these songs live and which songs have elicited the strongest reaction from your fans?
I’ve only played a couple of shows with the new songs, but people seem to react strongly to “Where Did It Go?” and “Unwise”.  Those must be the “singles.”
(Stream or download this song: Lapland – “Unwise” via American Songwriter.)