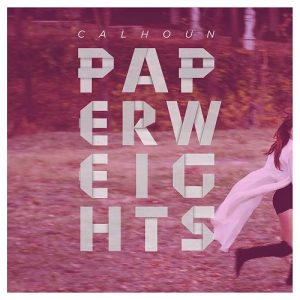 Calhoun formed in the summer of 2006 during a series of recording sessions that lead vocalist and chief songwriter at the time, Tim Locke, was working on for an as yet untitled project. These sessions turned into a self titled debut album, simply called Calhoun. Two years of touring across the Midwest and East Coast followed before the band wound up back home in Fort Worth/Dallas to record their second album, 2008’s Falter • Waver • Cultivate with Stuart Sikes (Cat Power, The Walkmen).
After seeing songs from FWC wind up on shows like NBCs ‘Chuck’, Calhoun again set out to tour the Midwest and East Coast, opening for Elf Power, Phantom Planet, Helio Sequence, Explosions in The Sky and Bishop Allen along the way.
Tim Locke and guitarist Jordan Roberts then began writing and recording demos in Jordan’s apartment, which would soon make up the entirety of their third album, 2010’s Heavy Sugar. After recording these songs in both Dallas and Atlanta with James Barber(Ryan Adams, Hole), the band saw songs appear on One Tree Hill and various MTV reality shows. Heavy Sugar was named album of the year by the Fort Worth Weekly. After almost two years of pushing Heavy Sugar, the band felt exhausted, but something always seems to sucker Calhoun into making just one more record.
Spread out across three states—Texas, Louisiana and New York,— the demoing and emailing of tracks that led to the six-song EP, Paperweights began. Armed now with analog synths and arpeggiator triggers, the band has set out to distance itself as far as possible from its previous efforts. The result is pulsing, danceable tunes that deconstruct Calhoun’s almost singer-songwriter past into something completely new for both the band and their audience.
Ghettoblaster recently caught up with Roberts, who plays synth and guitars in the band, to discuss the EP.  This is what he told us.
When did you begin writing the material for Paperweights?

We started in January of 2012. Initially we had no intention of writing any new material for an album but had been asked by our licensing company to write an original song for the last Twilite movie. It seemed like an odd challenge so we said what the hell let’s try to do it. Having no real budget to go into a studio and no real time either we decided to do it all through our various home studios. Jordan began the song at his apartment and by February we had finished it via emailing the track between the five of us. The song is the first track, “Fatal Flaws”. It definitely did not get used but having written a song using predominately synths, drum loops/machines and done in such a convenient way we decided to experiment with that process further.

“Paperweights.” It has a weird gallup to it and the ending is this odd time signature so to be able to create that initially in a home studio with clicks was real awkward and then to map it all out for the actual studio got a little hairy. The drum rhythms are really tight and that took quite a few takes and edits to get, but ultimately I think we got there. the song initially started as the song ends with that raucous odd time signature ending but we decided to cut that out and just use the ahh ahhh ahhhhhss at the end in the beginning instead to almost foreshadow that end bit. That wasn’t the real intention but it did wind up that way. We aren’t that clever or think about things like that, no band is, it just happens and then you say you wanted it to foreshadow for the interview because it sounds good, its bullshit. Haha

Which of the songs on the EP is most different from your original concept for the song?

“Reap/Sow.” It began as a crunchy chugging guitar playing on the downbeat, it was real aggressive. We decided to completely deconstruct it and write around that original guitar and then strip that away and continue to layer it further with little things like that guitar hook and farty synth line. We took the bass part that had been recorded the traditional way and broke it down into midi sections and then ran it through a moog taurus pedal and completely changed it. It gave it that more dance feel.

None. Almost all of the songs started out in my apartment as the demo ideas and from those sessions we moved them into the studio. So the final tracks are the original sessions that he had started that we continued to build on/take away from in the studio. We all knew what we wanted to do and could do it so we just did it all ourselves. We usually love bringing in a lot of other musicians from around DFW to contribute to an album but this is the first one that was done all alone.

Who produced Paperweights?  What input did that person have that changed the face of the EP?
Will Hunt at Spaceway Studios in Fort Worth produced the album. He had worked on an album with our friends Burning Hotels and what he had done was very new wave with electronic flourishes and sampled drum sounds. By December of 2012 we knew what we had and that was a very analog electric/electronic feeling record and that he would be perfect for the job. Everyone thinks that all of the drums on the record are machines but they are all live drums that he went in and did some sound replacement on and then would add little backing rhythms via machines. He added a lot of extra parts to songs, little key melodies and percussion things that made songs like “Reap/Sow” and “Fatal Flaws” come more to life.
Is there an overarching concept behind your new EP that ties it all together?

I think there is an idea of futility and being content with mediocrity. Doing right by loved ones and fearing you haven’t. Fear of leaving a poor legacy, disappointing people and the guilt that comes with that. The title of the album comes from our perception and even self perception that what so many of us that are in bands create ultimately serves no greater purpose than just being a jewel cases that holds down some papers on someone’s desk.

Have you begun playing these songs live and which songs have elicited the strongest reaction from your fans?
We have, the real crowd pleasers right out of the gate are always “Fatal Flaws” and “Reap/Sow”. “Don’t Look Strange” is initially met with a warm reception and then slight confusion over the line, “God he sent the birds to shit on my face…”
(Visit the band here:
http://calhounband.com/
https://www.facebook.com/calhounband/info)