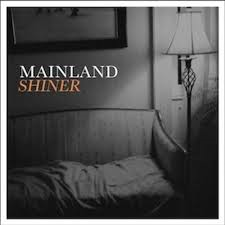 New York City’s own proto-punk revivalists Mainland has announced plans for their new Shiner EP, which the band will be self-releasing on February 25. The Shiner EP was produced by Spoon’s Jim Eno at his renowned studio in Austin, Public Hi-Fi. Recorded straight to tape, the band expands their dynamic sound on the new EP, tying together their signature punchy garage-rock guitar riffs with concrete-tight drums, rhythmic synthesizers, and driving bass lines.
Following the untimely loss of his father, Jordan Topf, singer/guitarist of Mainland, scraped together enough money to buy a van and set out with the band on a tour across America. Each night, the band faced a new city, new faces, boundless freedom… a creative turning point for the band’s modern take on late ’70s New York proto-punk. Despite personal troubles and uncertainty about the future, the group poured their inspiration into their new set of songs. While on tour in Austin, the band met Jim Eno (of Spoon) and began discussing plans to record the new songs at his studio Public Hi-Fi.
Upon the band’s return to New York, unsure if their plans would come to fruition, the band continued to write and demo tirelessly. They chose four songs, their most furious, energetic, and unrestrained to date. The band finalized the plan to record the EP with Eno, and headed back to Austin… the result is Mainland’s new EP, Shiner.

Ghettoblaster recently caught up with Topf to discuss the record.  This is what he told us about the EP.
When did you begin writing the material for your most recent Shiner EP?
We began writing the material spring of 2013 in my bedroom and at our studio The Brickhouse under the Manhattan bridge.
What was the most difficult song to take from the initial writing stage through recording and mixing?  Why was it so troublesome?

“Shiner” was originally the most difficult song because it was a throwaway from a while ago, but we brought it back into the mix when Alex Pitta our bassist joined the band and noticed the song was written around this circular bassline. In the studio “Leave the Lights On” was the toughest to nail; we knew going into the studio that it was our wild card. We wanted it to be a third dimension to the EP as a whole. We experimented with weird synthesizers and drum loops after hearing a story about Stephen Morris the drummer of Joy Division. That was our framework and we spent the most time on that song.
Which of the songs on the record is most different from your original concept for the song?
“Leave the Lights On” was the most radically different then our demos, but all of the songs evolved, changed, and developed to their fullest potential in the studio.
Did you have any guest musicians play or sing on the record?
We didn’t have any guests on this record, but would really love to work with collaborators in the future. Maybe Lorde will do a guest spot on the next record. I think her voice would pair nicely with mine.
Who produced the record?  What input did that person have that changed the face of the record?
Jim Eno produced and mixed the entire record. He took our vision of having an off the rails rock record and added some Hi-Fi studio magic. He’s an amazing drummer/producer, and loves to drink coffee while encouraging us to get the perfect take.
Is there an overarching concept behind the EP that ties the record together?

This isn’t a concept record, but we like to think the songs show the band realizing our potential to arrange songs together. We’ve only been playing as a band with this lineup for a little under a year, but the songs talk about being a 20 something in New York, falling in and out of love, escaping life’s struggles, working in bars, and bettering yourself. There are a lot of different themes.
Have you begun playing these songs live and which songs have elicited the strongest reaction from your fans?
We played these songs on tour this past summer, and “Leave the Lights On” always gets people riled up.  It has a pulse that most people can’t help but bob their heads to.
(IMPOSE premiered the first track “Savant” recently, which is available as a free download via soundcloud.)