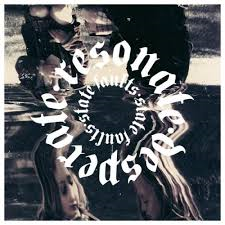 Nor-Cal’s explosive rock band State Faults recently released their sophomore album, Resonate/Desperate, via No Sleep Records.  To the untrained ear, the album is easily pigeonholed in the hardcore and post-rock genres.  But the output here has deeper roots: it churns with brooding angst and blissful melodies that are undeniable in their beautiful chaos.
Ghettoblaster recently caught up with vocalist Jonny Andrew to discuss the LP.  This is what he told us about it.
When did you begin writing the material for your most recent album?
We began writing for Resonate/Desperatealmost immediately after we had sent in the mixes for Desolate Peaks, but the record really started taking shape around December of last year.
What was the most difficult song to take from the initial writing stage through recording and mixing?  Why was it so troublesome?
I’d say “Spectral” was a difficult song during recording, it was one of the last songs we wrote for the record, and the use of the chorus effect on the guitars through the first half was kind of difficult to swallow for one of us, but we ended up very happy with the end result! Also, Jared’s insane drum part took a couple tries, but he nailed it way quicker than expected!
Which of the songs on the record is most different from your original concept for the song?
“Incantations” was the first song we wrote after Desolate Peaks (we even played it at our Desolate Peaks release show!) The whole second half of the song was re-written a month or so before we recorded.

Did you have any guest musicians play or sing on the record?
Naw, everything you hear on the record is us four playing!
Who produced the record?  What input did that person have that changed the face of the record?
Jack Shirley at The Atomic Garden in the Bay Area produced the record.  He’s a great dude and a great musician, being the guitarist of Comadre and recording incredible records like Loma Prieta’s IV, Deafheaven’s Sunbather, and more.  He recorded us in an almost totally live setting, and everytime we asked him something like “did that sound good? what do you think?” he would just reply “what do YOU think? does it sound good to you?”  He has an incredible talent at capturing the most organic essence of each band he records, no two bands that he has worked with sound the same!  Plus he’s just a great dude, we had a lot of fun with him and it was just such a comfortable time trying new things with him and his very nice studio!
Is there an overarching concept behind your new album that ties the record together?
The album as a whole is definitely based on anxiety, as I went through a very heavy bout of it around the time Desolate Peaks came out, and still battle it to this day.  It’s a record about how lonely and worthless anxiety can make you feel, and in realizing just that, that that worthlessness and loneliness isn’t real.  It details coming to terms with being human, the loss of innocence, and the realization that even when you’re young, you aren’t invincible from the hardships of life.
Have you begun playing these songs live and which songs have elicited the strongest reaction from your fans?
We’ve played a couple live like “Meteor” and “Old Wounds”. We’re really excited to start playing them all live. I feel like “Wildfires” is going to garner the strongest reaction.  People out there really seem to like it!!!
(Visit State Faults here:
https://www.facebook.com/statefaults
http://statefaults.tumblr.com/
http://nosleeprecords.com/)