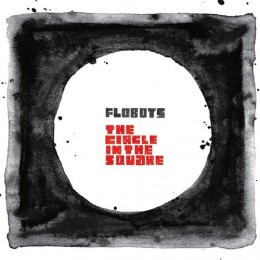 The Circle In The Square

When a pair of intelligent, visionary emcees joins forces with a battle-hardened, groove-fusing rhythm section, and a classically trained violist the result is a sound that explores and expands the frontiers of live hip-hop. Progressive in both style and message, Denver-based socio-political activists cum high-energy musicians the Flobots, demonstrate the ability to drop from symphonic rock-infused crescendos into stripped-down string-laden breakbeats.
Currently in the midst of a national headlining tour is in support of their most recent album The Circle In The Square, the record showcases them as a band that is firmly in touch with the profound economic, political, and social transformations taking place around the world today.  In addition to their music, they also own and operate a 501 c-3non-profit organization. Using music and the arts as an inspiration, Flobots.org equips young people with tools to make a difference in themselves, their communities and their world.
Ghettoblaster received word that they’d be at one of our favorite venues (The Southgate House Revival) on June 8 and we caught up with Jonny 5 to ask questions about their new record.  This is what they said…
When did you begin writing the material for your most recent LP?
Early in 2011, right as the Arab spring was capturing the world’s attention.

What was the most difficult song to take from the initial writing stage through recording and mixing?  Why was it so troublesome?
“One Last Show” gave us some trouble because we knew we loved the music, but we weren’t quite sure what the hell the song was about. We didn’t have the lyrics finalized until the very end of the recording process. After a lot of discussion, Stephen [Brer Rabbit] and I finally figured out that the song was meant to be a celebration of the little mini-parties that get created at our concerts, where all the activism and struggles of the day are acknowledged but ultimately we’re just happy to be together.

Which of the songs on the record is most different from your original concept for the song?
“#OccupyEarth” actually began as two songs. Jesse [Walker] had written A and B part for a song we were calling “Work it out” and then one day he just busted out this other bassline, one that was so catchy that a verse sprouted from it pretty much immediately and without mush effort. That’s the “Been a long time…” section of the song. Then, we realized that one half of “We Work It Out” would work well as a B-part for this new song. Finally, I found myself singing the chorus bassline of the old song over the new one, and it became the vocal line. So, I guess we worked it out.

Did you have any guest musicians play or sing on the record?
Yep! We turned to some very talented local friends of ours for an array of vocals- Singer/Songwriter Nathaniel Rateliff, Texanna Dennie, and the vocalists from Paper Bird. If people don’t know their stuff I highly recommend checking them out!
Who produced the record?  What input did that person have that changed the face of the record?
We produced it ourselves at the Blasting Room Studios in Ft Collins. The sound engineer there, Jason Livermore, is someone we’d worked with before on Survival Story, and we put a lot of trust in him and encouraged him to give us input throuhout the process, so we like to think of him as the midwife of this project.

Is there an overarching concept behind your new album that ties the record together?
It’s really an album about community; the power of community to change the course of history, the challenge of living in community and all the challenges that inevitably arise, and the music we can create we can get together.

Have you begun playing these songs live and which songs have elicited the strongest reaction from your fans?
Yep! We’ve played quite a few of them. “Circle in the Square”, “Gonna Be Free”, and “Sides” all work really well for their singalong aspects, which feels good from the stage because you can see people enjoying it. “Wrestling Israel” and “Loneliness” are the types of songs where people listen attentively and then afterwards the applause lets you know how much people loved it.  “One Last Show” is a party, just like we planned it…