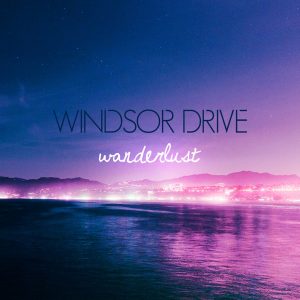 Green Bay, Wisconsin is an unlikely place for a brit-pop leaning, arena ready act to form.  More likely I’d expect a beer swilling, cheese eating ‘70s inspired rock band.  But, Windsor Drive has emerge as the former and released a series of records, Meet the Tide EP (2008) and Bridges EP (2009), that have established them as an independent tour-de-force.  After several self-booked national tours to support their initial releases and pushing over 15,000 units independently, the band caught the attention of several nationally renowned acts and was asked to support dates with artists including Imagine Dragons and The Rocket Summer. In 2011, the band supported Mae on their farewell tour and performed at the Vans Warped Tour.

The past year, the band has focused on songwriting in Nashville, NYC, and L.A., partnering with multi-platinum producer John Fields (Parachute, Sam Sparro, Miley Cyrus) and co-writer Bleu (Selena Gomez, Boys Like Girls, Air Traffic Controller) for their next release. Ghettoblaster caught up with Windsor Drive’s Jon Wasleske as they prepared for the release of their lates, Wanderlust.  Here is what they told us about it….
When did you begin writing the material for Wanderlust?
We are constantly writing when we’re not on tour. Kipp does a lot of the brainstorming for the initial ideas and records them on his own. It has been about two years since we have released music and wanted to put out something for our fans. This EP is just a small sample of the writing we have done over that time.  ? ?
What was the most difficult song to take from the initial writing stage through recording and mixing?
Honestly, we did about two years of writing, but all of these songs came together rather quickly once we began working with Fields and Bleu. It was a different process than we have used in the past, but we are happy with the results. Between the ideas Kipp had and the input Fields and Bleu brought to the songs, they came together fast.
Which of the songs on Wanderlust is most different from your original concept for the song?? ?
“Impossibly.” It is definitely a track that stands out compared to our past catalog, but we’ve never been afraid to take risks.
What input did the producers have that changed the face of the record??
They encouraged us to explore more sounds and take risks. Kipp and Fields share a lot of the same influences, and began to incorporate more of that vibe in the songs, hence some of the 80’s synth sounds.
Is there an overarching concept behind Wanderlust that ties the record together?? ?
Yeah, the overriding theme is a sort of wake up call to our generation. Often time people lose sight of who they are and where they want to be and not everyone can escape that state of mind. People get comfortable with where they are, stop taking risks, and no longer pursue the dreams they once held so dear
Have you begun playing these songs live and which songs have elicited the strongest reaction from your fans?
Yes! We tried out a few on our last tour with He is We. Playing songs live is a great way to see what songs fans latch onto with the first listen. We were especially curious with this batch of songs and the new direction. I think “Sleepwalking” translated well on the tour, and “Wide Eyed at Midnight” always got the crowd up and moving with the energy it has live.