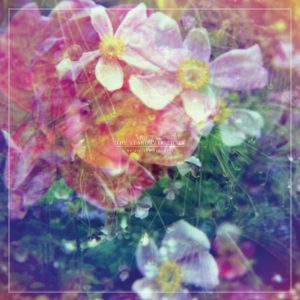 We Are The Dreamers

A great dance party is a thing of beauty, but a good soundtrack for the comedown can be just as vital. After nearly a decade on the trippy dancefloor of Soundpool, guitarist/drummer/bassist/producer John Cep and singer/bassist Kim Field set off from that New York five-piece to take respite in the warm and woozy sounds of a new shoegaze-infused project, The Stargazer Lilies. And with their debut album, We Are the Dreamers, they’re letting their days of disco beats slip away into memory with style.
Linking up with Tobacco of Black Moth Super Rainbow and live drummers EJ DeCoske and Johnny Lancia, they’ve teased influences like the French pop of Air and the shoegaze of Lush and Slowdive out to create a record of dripping dream pop.
Ghettoblaster caught up with Cep as Stargazer Lilies prepare for the September 10 release of the record via Graveface Records.  This is what he said about it…
When did you begin writing the material for your most recent album?
A few years ago… “Endless Days” and “Don’t Waste My Time” were the first two tracks we wrote for The Stargazer Lilies. It was important to us that those two tracks made it on the record because they were the songs that started the group.

What was the most difficult song to take from the initial writing stage through recording and mixing?  Why was it so troublesome?
“We Are The Dreamers” was the most difficult. It was good but not great for a long time. I think it finally fell in place when we added the backing vocals. Sometimes you think… this is a really good song so why isn’t the recording living up to the song’s potential. Most of the time it’s a matter of tweaking to get it to be as close as what you’ve imagined  as possible. But sometimes you just have to shelve songs. Then, you either return to them… or sometimes you don’t.
Which of the songs on the record is most different from your original concept for the song?
I’m not sure every song on the album actually had an original concept so to speak. With some songs I may just start out messing around with my guitar and some effects and think, “gee that sounds pretty cool. I should record that.” And the song will just evolve from there. With others, like the song “Because”, I originally wanted the titles of the songs to form a sentence and I needed the word “because” in the sentence, for it to make sense. So I quickly wrote the whole song for that reason but then abandoned the idea of the songs forming a sentence. We did end up keeping the song though, mostly because Tobacco (BMSR) curated the album and picked the track to be on there. I honestly didn’t think it would make the cut and was frankly surprised by the choice. I have since differed to Tobacco’s wisdom and feel it is a good choice to close the album with. Why? Just because.
Did you have any guest musicians play or sing on the record?
No… Kim and I did everything on the album all by ourselves.
Who produced the record?  What input did that person have that changed the face of the record?
I actually produced the record myself, but Tobacco curated the album. We gave him maybe and hour and fifteen minutes worth of music, which he whittled down to 36 minutes. Honestly, the album came out much differently than I expected. I’m very happy with it though. Having an objective point of view from Tobacco really helped to bring some clarity to the situation. After so much time spent recording and listening to the tunes, I can safely say that Kim and I had very little clarity toward the material ourselves.
Is there an overarching concept behind your new album that ties the record together?
It’s mostly a very melancholy album. I’m not sure that was so much intentional as it was just a reflection of what was going on in our lives while we were recording the album. When we recorded our previous album Mirrors In Your Eyes, which was Soundpool’s third album… we were in a more “up” period. I think things were going relatively well in our lives and with that band… and those tunes were more “up” as a result.
We started working on music for The Stargazer Lilies with the idea that the music would be a bit heavier and more basic than Soundpool. But along the way we hit some hard times which tinged writing with darker colorings. More minor chords started working their way into the writing. Some of the songs can still make me well up sometimes. That’s really something considering I’ve heard all the tracks a thousand times already. Music is about feelings and if you are good at articulating the way you feel, then whatever you’re going through is going to show up in your songs. I think if people connect to this record that it may be because of that.
Have you begun playing these songs live and which songs have elicited the strongest reaction from your fans?
Yes we have. It’s hard to say which song elicits the greatest response. Perhaps either “How We Lost” or “We Are The Dreamers”. Each for different reasons. I think with “We Are The Dreamers” people are always asking about the delay effect I use on the guitar. It’s a fairly simple thing, but I think for some it comes across as some sort of magic trick. That song is also one of our most spacial sounding songs live. With “How We Lost”, I think that people respond to it just because it’s so emotional and heartfelt. On the album I think it’s one of Kim’s very best recorded vocal performances. And she’s apparently conveying the sentiment quite well live too!