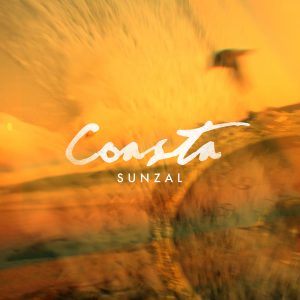 Long Island’s rich musical history has helped to shape a generation of indie, punk and rock music. Both a product of that environment and a contributor to its next chapter, Coasta craft brooding, atmospheric pop-rock songs akin to Nada Surf, Bends-era Radiohead and Wilco. Featuring the current three piece lineup of Jamey Lacey (the brother of Brand New’s Jesse Lacey), Steve Kupillas and Chris Lorenz, Coasta’s five-song debut EP blends a diversity of styles, from the folk-y, solemn track “The Slide” to the dense, haunting mid-tempo rocker “Sunzal” all while plying subtle influence from many of Long Island’s greats.
Run For Cover Records released Coasta’s debut EP last summer and somehow we missed it.  That kind of thing happens when you’re in the trenches I guess.  So, Ghettoblaster is making amends by asking Lacey about the EP now.  This is what he said about it…
When did you begin writing the material for your most recent EP?
We began writing the material around May of 2011, and the EP was released May of 2012, so almost two years ago.

What was the most difficult song to take from the initial writing stage through recording and mixing?  Why was it so troublesome?
The song “Youngblood” was definitely our hardest to get down. We had a lot of different parts to the song, so coming up with a proper structure was difficult in its own. Then once we felt we had the song written properly, then recording it became just as hard. We had some trouble with getting proper guitar tones, even now we think we could have done a lot more to improve that song.

Which of the songs on the record is most different from your original concept for the song?
Same song, “Youngblood.”  When we first wrote that song it was about six minutes long and all over the place with parts.

Did you have any guest musicians play or sing on the record?
No, just the members of the band at the time.

Who produced the record?  What input did that person have that changed the face of the record?
Steve is the bands bassist, but he also works at a recording studio so we ended up just recording and producing the record ourselves. Really the changes came in the production of the record and how he made certain aspects of songs sound differently than what they might sound like live, but nothing was too drastic as the producer was also a band member.

Is there an overarching concept behind your new album that ties the record together?
Umm not so much really no. I guess the ocean might be one concept that we kinda played into on multiple songs, some of the different song lyrics are about the sea and waves, and the guitar tones sometimes are very affects driven and have been described before as sounding as if they are underwater. Chris also has various samples on a few songs one which is some seagulls and breaking waves. So I guess that is sort of a binding concept.

Have you begun playing these songs live and which songs have elicited the strongest reaction from your fans?
Yeah the EP is our only release to date so we are pretty much playing all these songs every time we have a show, with one or two new songs thrown in there. The reaction has been good to all of them for the most part, if I had to say I would think that the song “Sunzal” gets one of the better responses.
(Find out more about the band here: www.facebook.com/coastaband or here http://coasta.bandcamp.com/.)