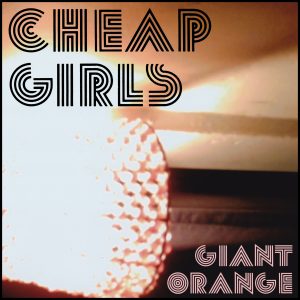 Lansing, Michigan trio Cheap Girls, an authentic Midwestern rock/punk crossover in the vein of the The Replacements, Soul Asylum and Sugar, released their full length, Giant Orange, which was recorded with Against Me!’s Laura Grace earlier this year.  Their first full-length for Rise Records, Giant Orange marks the follow-up to the band’s celebrated 2009 LP, My Roaring 20s, and is another shining example of the band’s penchant for penning glorious guitar-rock that drips in ’90s nostalgia.
Ghettoblaster caught up with Cheap Girls’ Ian Graham to ask questions about the album.  Here’s what he had to say…
When did you begin writing the material for Giant Orange?
They’re pretty much just songs chosen from what I was writing after we did the previous record. I never really work with a focused writing period.?
What was the most difficult song to take from the initial writing stage through recording and mixing?  Why was it so troublesome?
“Manhattan on Mute.” It just went through so much before the fluency really felt natural to everyone.
Which of the songs on the record is most different from your original concept for the song?
Probably “Manhattan” again. Same reasons. It was just the most vague, which can translate to total ease or complete frustration.? ?
Did you have any guest musicians play or sing on Giant Orange?
No, just the three of us. First time ever. ? ?
Who produced Giant Orange?  What input did that person have that changed the face of the record?
Laura Grace produced the record. She had a lot of input on general structure, pointing out strong points and offering input on how to channel that in other areas. Really productive, deliberate and rewarding process.? ?
Is there an overarching concept behind your new album that ties the record together?
No, not so much. They’re just songs that are essentially about fragments of time they were written within.? ?
You’ve been playing the songs live for a while; which have elicited the strongest reaction from your fans?
We play them all pretty evenly. Songs we’ve released as “singles” and things like that typically get the most response, as they’re the ones most often referenced.