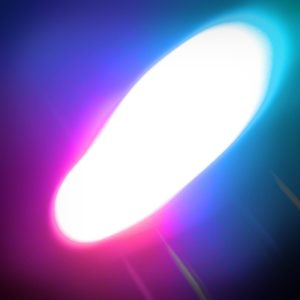 Gabriel Fulvimar moved to Fullerton, California on December 1, 2012 for many reasons. He was sick of Ohio weather, and sick of bussing tables and ducking the landlord because his rent was way overdue.  The main reason he moved, though, is that he was invited to come live at Burger Records.
He’d record the songs at Burger and send them to Bobby Harlow over the Internet. They’d come back grittier and stronger. More focused, but also more fucked up. They were darker reflections of themselves. They referred to this process as “putting them in the Pet Sematary.”
The resulting album, Shine Your Light, sees the light of day via Burger Records on November 12 and Ghettoblaster caught up with Fulvimar to discuss it.  This is what he said.
When did you begin writing the material for your most recent album?
Around December of 2012 when I moved to California.
What was the most difficult song to take from the initial writing stage through recording and mixing?  Why was it so troublesome?
Well, I record, write, mix and somewhat produce my own songs so I guess I would say all of em? This time was nice though since I had Bobby Harlow from The GO and Conspiracy of Owls to help me on the mixing and producing side. He did an incredible job. 🙂
Which of the songs on the record is most different from your original concept for the song?
Probably “You’re From The Shadow”. I had a different arrangement in mind than Bobby did but I went with his idea because it was better.
Did you have any guest musicians play or sing on the record?
Yeah, Bobby Harlow.
Is there an overarching concept behind your new album that ties the record together?
Yes, there is a concept of light vs. darkness and finding your balance within it all.
Have you begun playing these songs live and which songs have elicited the strongest reaction from your fans?
Not yet, but we will on tour.