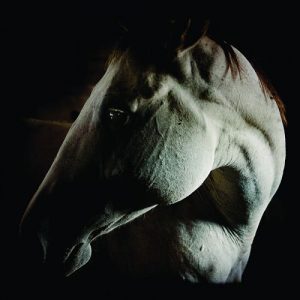 How To Kill A Horse

After two successful albums Brother Dege (AKA Dege Legg) is one of the best kept secrets in Louisiana; a musician, writer, and heir to a long line of eccentric characters born and raised in the Deep South. Hailing from the Cajun swamplands and raging like the mad lovechild of Son House and Faulkner, Legg has burned a crooked trail to the Promised Land. Avoiding traditional career paths, he’s spent decades exploring the backwoods weirdness of the southern U.S, working odd jobs and forging his own brand of southern/psyouthern music. Since the mid ‘90s, Dege has pushed slide guitar, resonators, and roots music, kicking and screaming into the 21st century, recording self-released albums in trailer parks, sheds, and other low rent environments that meld trance-folk, Delta blues, punk, rock, metal, hippie ragas, and avant-outlaw country into one blasted whole.
With his latest album, which sees release on November 5 via GolarWash Labs & Records, Brother Dege returns to “reinvent the steel” with the slide-Dobro riff-o-rama of How to Kill a Horse. Recorded at night in an empty warehouse (while Legg worked at a men’s homeless shelter during the day), the album is a tour de force artwork that ranges from barn burners to ancient Delta meditations to Babylonian junkyard jams that explore the dark underbelly of what it is to be a man in the modern world.
Ghettoblaster recently caught up with Legg to discuss the new record.  This is what he said about it.
When did you begin writing the material for How To Kill A Horse?

Fall 2011.
What was the most difficult song to take from the initial writing stage through recording and mixing?  Why was it so troublesome?

Title track, “How to Kill a Horse”. Writing came easily. I wrote the songs on my ex-girlfriend’s cheap plywood guitar. Picked it up and the riff was there. Done. But the hard part came during mixing, figuring out how to sonically and melodically END the song with the right solo or whatever. It had to be a slide solo….and in mind, it had to sound like a man wrestling a horse and the horse braying. It’s not as easy as it looks. So we put down two solos: mine, then Richard Comeaux’s lap steel solo.
Which of the songs on the record is most different from your original concept for the song?

“O’Dark 30,” because I didn’t have any preconceived ideas about how it should sound. It just came out that way like this strange beast walking out of the woods.
Did you have any guest musicians play or sing on the record?

Nobody famous or anything like that. But I always try to get my close buddies to play on stuff, because I like to include them in things I do. Primo from Santeria does the spaghetti western sounding stuff on the title track. Krishna from Santeria plays some drums on a few songs. My buddy Charles plays some drums. And Richard Comeaux plays that lap steel on Horse.
Who produced HTKAH?  What input did that person have that changed the face of the record?
I wrote, recorded, arranged the thing in an empty warehouse in Louisiana over the course of a year, so I handled that part of the production. Then I took the tracks to Tony Daigle and Primo to mix. They’re the best game in town. So all three of us kind of 3-way produced it.

Yes. I wanted it to be like a great novel along the lines of Joseph Conrad, Hemingway, or Norman Mailer. What is it to be a man in the modern world? There’s so much contradiction  pulling at you from different areas. Within yourself and beyond.
Have you begun playing these songs live and which songs have elicited the strongest reaction from your fans?
Yes. “How to Kill a Horse”, “The Black Sea” and “The River” seem to be doing well. People are blown away. They love it. It’s new. It’s not some folk pantomime karaoke thing. I never know how people will react and I try not to worry about it. I just make them and then send the songs out into the world. Let time decide what it is.