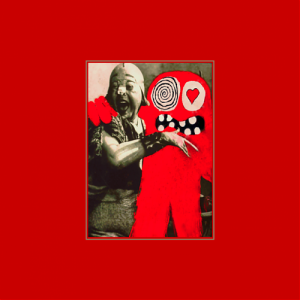 Any Port In A Storm

The impeccably named Scott & Charlene’s Wedding are back with not so much a brand new album, as a generation’s glimpse of love, home-sickness, basketball, alienation, rock and roll and all things that matter to an expatriate Aussie stranded in New York, that was released on Fire Records in mid-August.
Any Port In A Storm is fated to become your essential backdrop to the late summer of 2013. The brainchild of the amiable and unashamedly charismatic Craig Dermody, Scott & Charlene’s Wedding offer a sonically charged take on the Lemonheads’ ramshackle melodicism and Pavement’s lo-fi drawl.
Ghettoblaster recently caught up with Dermody to discuss the album.  This is what he said about it.
When did you begin writing the material for your most recent album?
Um, I think just as I moved to New York about three years ago I wrote a song that made it to the album (“Gammy Leg”),  but most of them were written at the beginning of 2012 when I was going through heaps.
What was the most difficult song to take from the initial writing stage through recording and mixing?  Why was it so troublesome?
“Spring St” was hard because it was about a tough breakup and I felt a bit embarrassed about the lyrics because they were so open and exposing so singing them in the studio was a bit tough.
Which of the songs on the record is most different from your original concept for the song?

“Spring St” changed a lot along the way but not as much as in previous recordings where songs completely changed once the band got involved. For the most part, the songs appear on the album as I had envisioned them while I was writing them.
Did you have any guest musicians play or sing on the record?
I had an amazing piano player called Ben Morgan who lived in my building and played all the keys/organ/piano/melatron on the record. He was amazing in the studio and was like a kid in a candy shop with all that amazing equipment!

Who produced the record?  What input did that person have that changed the face of the record?
The engineer’s of the record were mostly Daniel Schlett and some help from Marc Alan Goodman. They bought a great vibe and really helped us to get a true sound for the band. We also had a bangin’ time hanging with them!

Is there an overarching concept behind your new album that ties the record together?
People usually write that my songs are about down and out kind of themes. I like to think the overarching concept behind my songs is down but not out, going through tough situations and finding strength from them and carrying yourself as a good person while you deal with them. I feel pretty at the bottom when I’m writing but I’m always looking up.

Have you begun playing these songs live and which songs have elicited the strongest reaction from your fans?
Yeah, I play a lot of them live. I think “Jackie Boy” has got the best reaction so far because it rocks pretty hard live and we finish with it a lot. “Spring St” has become a favorite for people too.
(Visit the band here:
http://scottandcharleneswedding.bandcamp.com
http://facebook.com/sacwmusic
http://firerecords.com)