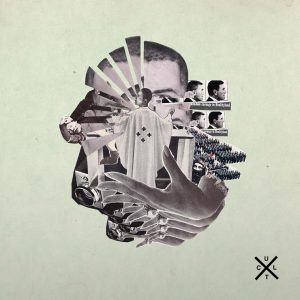 Ex-Cult’s Midnight Passenger is the result of a never ending obsession with the open road. It’s the sound of five people spending the last year in countless dive bars, disgusting motel rooms and on dozens of dirty floors.  Since recording with Ty Segall in 2012 the band hasn’t come up for air, putting four U.S. tours and tons of weekend trips under their belt with the likes of OBN III’s, Captive and Ty Segall.
It was in these dive bars across the USA that Ex-Cult truly found their sound. While some of the songs were played for audiences as early as January of 2013, it wasn’t until a West Coast tour in June that the blue print for Midnight Passenger really started to take form. Taking pieces of every tour back home with them, the band began to hone a sound that captured the desperation of the first record, while being careful to integrate new techniques of negative noise.
Ghettoblaster recently caught up with Ex-Cult singer Chris Shaw to discuss the record, which sees release via Goner Records on April 29.  This is what he told us about the effort.
When did you begin writing the material for Midnight Passenger?
In late 2012 we wrote “Ties You Up”, that’s the second oldest song on Midnight Passenger. A re-recorded version of “Sid Visions” is also on Midnight Passenger. That’s a song we wrote a very long time ago.  It’s on the B side of our debut single. Everything else was written in 2013, either on tour or at one of our two practice spaces in Memphis, Tennessee.
What was the most difficult song to take from the initial writing stage through recording and mixing?  Why was it so troublesome?

I wouldn’t say that it was difficult, but the recording process for the song “Catholic Entries” was definitely different than anything we’ve done before. That song was written on acoustic guitar, and it originally only featured me and Alec (guitar). It was conceived using the most stripped down approach we’ve ever taken to songwriting. By the time we took it into the studio and recorded it, “Catholic Entries” featured multiple layers of vocals, two bass lines and both acoustic and electric guitar tracks. It  became the most meticulous song we have ,and I think it turned out to be one of the coolest ones we’ve recorded.
Which of the songs on the record is most different from your original concept for the song?
Again I would have to say the song “Catholic Entries” because it started out as a two person, extremely minimal song. Just acoustic guitar and vocals with delay on them. There’s five people in Ex-Cult, so our songs don’t usually get written by just two people. After all five us got our hands on it in the studio, it turned into something way bigger than just acoustic guitar and vocals.
Did you have any guest musicians play or sing on the record?
Not on our new album, but we are releasing a different version of a song from the album as a Record Store Day Single. The A Side to the single is ”Ties You Up,” and it comes from a recording session done on a day off that we were spending at Ty Segall’s house in LA. While we were recording with Ty, we were hanging out with our friend Zumi (of the K-Holes) and we suggested she get in on the action. So, the Ty Segall recorded version of “Ties You Up” features Zumi Rosow on Saxophone. The record store day single is the only chance to hear Ex-Cult with a sixth member…at least, for now.
Who engineered, mixed, mastered and/or produced the record?  What input did those people have that changed the face of the record?
Doug Easley manned the controls for Midnight Passenger. He’s the type of producer/engineer that really listens to the band he’s working with, it wasn’t like “Doug Easley’s Ex-Cult.”
We recorded a single with him last summer and immediately wanted to do the album with him as well. Doug has worked with everyone from Sonic Youth to The Oblivians, so we trusted him to do what we wanted, and he definitely did.
Is there an overarching concept behind Midnight Passenger that ties the record together?
This album is definitely more cohesive than our first one. We wanted to make a record of 10 songs that should be listened to one right after the other, not just a collection of new songs. That’s why “Sid Visions” fit on Midnight Passenger. Although it’s an old song, it seemed to be telling a similar story, both musically and lyrically. Musically, I think Midnight Passenger sees us a whole lot more locked in than ever before.
Lyrically, There are a lot of references to living in a delusional society and how I personally cope with that.  I also reference our West Coast tour numerous times throughout the album because that trip had a profound impact on all of us.  Even though I have always lived in the south when I have lived in America, I have found I connect with creative entities of all kinds from the West Coast, from Raymond Pettibon to Charles Bukowski. Commentary on substance abuse, suicide and religion are also present on Midnight Passenger. It’s not a ”fun” record. it’s not a record you’d put on to lighten the mood.
Have you begun playing these songs live and which songs have elicited the strongest reaction from your fans?
Yeah we’ve played about half of the album live a lot, both locally and on tour. People recognize songs like “Ties You Up” and “Lights Out Club” especially in New York City and Memphis because that’s where we play the most. But I’ve found people won’t start singing along and trying to take the mic until they have the song on a record.
We are just starting to play songs like “Flickering Eyes” and “Venice Illusion” live, which I’m pretty excited for. As far as crowd favorites from our back catalog, people seem to really like “Knives on both Sides”, “Shot the Beehive”, “Young Trash” and of course “Mr Fantasy”, which I’ve seen people smash each other to all over the country. We don’t condone violence of any kind at our shows, but there have been plenty of people coming to the merch table asking for free stuff after showing off a wound.
(Visit Ex-Cult at the links below or see them in person at SXSW 2014:
Ex-Cult Facebook
Ex-Cult Tumblr
Goner Records)