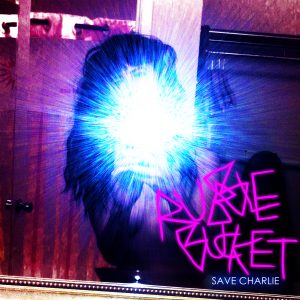 Landing October 1st via Communion (Daughter, Gotye), the Save Charlie EP from Brooklyn’based seven-piece rockers Rubblebucket boasts seven tracks, including three new originals, the band’s re-imagination of The Doobie Brothers’ classic “What a Fool Believes,” as well as remixes by the likes of Big Black Delta and Chico Mann. This new collection finds Rubblebucket unabashedly being…well, Rubblebucket. Between psychedelia-lined pop-structures, symphonic brass embellishments, dirty funk guitar lines, and surrealist yet poignant lyrics, this EP gives Rubblebucket fans what they’ve come to love and expect — intelligent pop music that will make you think, smile and shake your ass.
Rubblebucket has spent the bulk of 2013 focusing on writing new material, an unprecedented situation given the outfit’s grueling tour schedule spanning the past few years. With heaps of new material still being recorded, the Save Charlie EP is a sample of what’s to come in 2014 when the band will release their long-awaited follow up LP to 2011’s Omega La La. Rubblebucket will be taking their new songs on the road this fall with a tour that kicks off in NYC on October 1st, running through December.
Ghettoblaster recently caught up with trumpet player/band leader Alex Toth to discuss the EP.  This is what was said about it.
When did you begin writing the material for your most recent EP?

Jan 2013. We’ve been writing and self-recording like crazy this whole year for a new full length. The songs on the Save Charlie EP were the ones most ready to cut the cord on this June.
?What was the most difficult song to take from the initial writing stage through recording and mixing?  Why was it so troublesome?

“Save Charlie.” The initial seed was on my laptop from a couple years ago. This January my laptop was stolen from my backpack right next to me in a bar in BK. I lost all of my songs and poetry save bits and pieces that the Cloud had magically captured. It was a major bummer but maybe it was meant to be; a fresh start. I recreated “Save Charlie”from what I could remember and wrote new stuff for what I forgot.
?Which of the songs on the record is most different from your original concept for the song?

“What a Fool Believes” (doobie bro’s) cover. Kids in the band would play it for fun (and to piss off our sound guy) in soundcheck for awhile. We were thinking about covering it for real and Kal’s initial concept for it for the EP is pretty much unrecognizable from the original version of the song.
Did you have any guest musicians play or sing on the record?

Stuart Bogie (Antibalas, TV on The Radio, Iron and Wine, etc) took a freaky ass sax solo on “What a Fool Believes”. And we have banging remixes of “Save Charlie” from Big Black Delta and Chico Mann.
Who produced the record?  What input did that person have that changed the face of the record?

We self-produced the record and Tom Biller helped engineer and mix. It was a really rewarding process this time around having the demos really fleshed out and sounding better than any rubble demos in history. It made recording pretty laid back b/c we could work off the demos. Mute tracks and retrack parts with better sounds and stuff. We had pretty much all the aesthetic direction, arrangements etc figured out before we hit the studio studio.
Is there an overarching concept behind your new EP that ties the record together?

If I had to define one overarching concept behind Save Charlie EP it would be “YOLO bitches! Don’t bring me down!” All the songs are sort of about fighting inner and outer oppression. For example, “Six Hands” is about convincing someone to partake in a three-way. Beckoning someone to let go of what’s holding them back.
?Have you begun playing these songs live and which songs have elicited the strongest reaction from your fans?

We’ve been playing “Save Charlie”, “Patriotic” and “What a Fool Belives” live. The audience dance-meter reads well and the level of post song exclamations are satisfactory. “Charlie” is actually a pretty hard song, the chorus bass line is a bitch. The more we play it the better it hits. I def feel a little extra love magic when we play that one tho. The strongest response so far has been on a yet-to-be recorded song called “My Life” i think… its a thrasher.
(Check out the EP here: https://soundcloud.com/rubblebucket/sets/save-charlie-ep-paste-premiere.  Then catch the band on tour here: