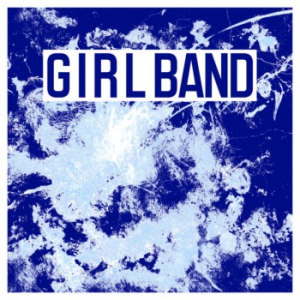 Irish four-piece Girl Band have announced a new single for 2014.  The new single “Lawman” is being released with Any Other City Records on a limited run of 300 seven-inch records, each screen-printed and hand stitched.

The noise rock band from Dublin, Ireland released their debut single“In My Head”, followed by their six track EP – France 98, both in 2012 with Any Other City Records (Villagers, James Vincent McMorrow). To say the band is influenced by a mix of ’70s post punk, and ’80s hardcore punk is short-sighted as they also add textures and song structures influenced by techno acts.
Ghettoblaster recently caught up with Girl Band’s Alan Duggan to discuss the single.  This is what he said.
When did you begin writing the material for your forthcoming single?
About a year ago, we had that song for a good while before we recorded it.
What challenges did you encounter, if any, during the initial writing stage through recording and mixing?  How did you resolve those?
We spent a fair amount of time mixing the track, we wanted the transitions from each section to have as much impact as possible, so it was really important for that to come across on the record.
Do the songs differ at all from your original concept?
I don’t really think we have a concept, when we’re writing we don’t really plan what things pan out like, we kind of just follow our gut and see where it leads us.
Did you have any guest musicians play or sing on tracks?
Nope.
Who produced the record?  If so, what if any input did that person have that changed the face of the record?
We produced it ourselves, the mix is really important for us to have control over. Daniel who plays bass engineered it along with our friend Jamie.
Is there an overarching concept that ties the song and b-side together?
No
Have you begun playing these songs live and which songs have elicited the strongest reaction from your fans?
Yep, we’ve been playing them live for a fair while, the tracks are pretty different from each other so they get kind of different reactions, neither better or worse, they’re just different kind of moods.
(Listen here: “Lawman” https://soundcloud.com/lawmangirlband.)