Bryan Ford & Killah Priest had announced a new album For The Future Of Hip Hop. While Priest is present on most of the album he isn’t alone, both Pugs Atomz and Awdazcate share the mic with him while Ford handles the beats. Today the group premieres the Flamenco-influenced “Just Me and My Girl,” which showcases Ford’s classical guitar riffs with Pugs and Awdazcate on vocals. “The song pretty much wrote it self was, one of those magic studio moments where it all just came together,” explains Ford.

While Ford might not be a household name, he isn’t new to the music scene. He’s been producing since the late 90s under the names Lake Street Project, B. Ford, and Terry Swank. A master on guitar, bass, keys, and drums, Ford plays all his own instruments. ”Typically when I sample, it’s when I sample myself,” he notes. In 2006, his Chicago house music track “Forever,” under the Lake Street Project moniker, charted on Billboard and his 2010 “Here All Along” was licensed by Universal Music. In 2011, Bryan released critically acclaimed downtempo eps “Shoe Tree,” and “Hands,” which garnered support from renowned international DJs like Mark Farina, Mr No Hands, and Daze-I-Kue of the Bugz In the Attic.

“I made electronic music, but was always drawn to hip-hop,”says Ford. In 2015, Ford heard that one of his favorite emcees, Killah Priest was in Chicago and invited Priest to the studio to check out some beats. “We originally were gonna do just one song,” Ford recalls. “And he immediately gravitated to the track that would eventually become For the Future of Hip-Hop and laid it down then and there.”

“The kid has no limits in music,” says Killah Priest, who is living in Los Angeles now, of working Ford. “The more I think, the more he can do!”

Ford says that the interaction led to more beats and Priest’s flows kept coming. “What really excited KP to collaborate was watching my band jam the same night in the studio.” Over the next few months, Ford started sending Killah Priest tracks that could be adapted well to a live band scenario.

“I always felt like my music always melded well with emcees,” explains Ford, so this project feels like the future for me. 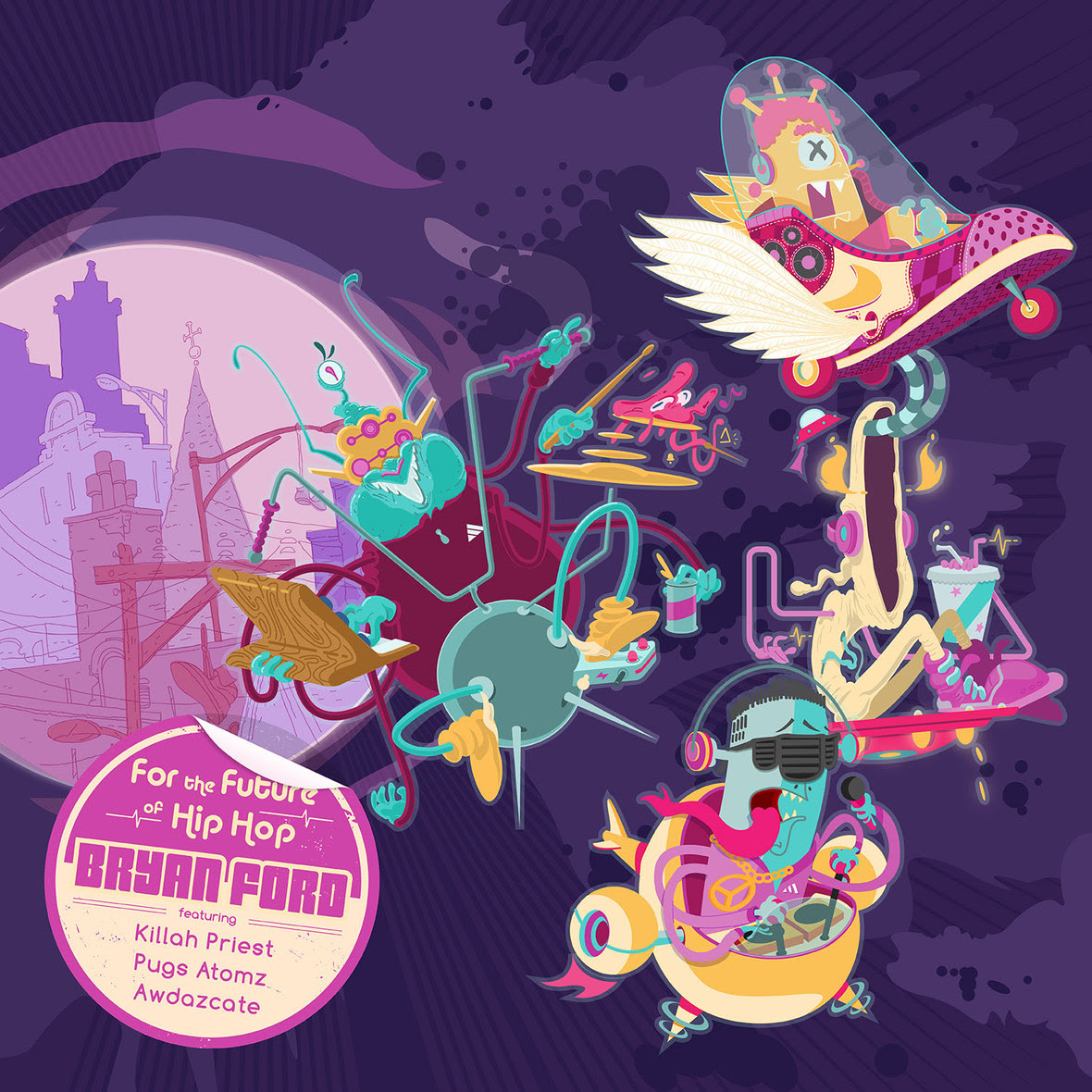