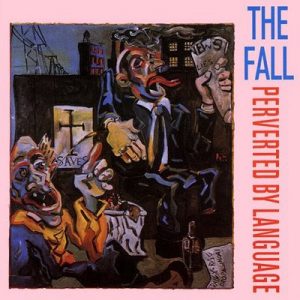 Last week we told you about Sacramento garage band G. Green, who are releasing their debut LP on Mt.St.Mtn.  Andrew Henderson and a rotating cast of players (the incarnation on this record includes Rod Meyer from Eat Skull / Hospitals), deliver a party punk platter that comes on the heels of some well received 7” (look for their singles on 12XU, Malt Duck and Italian Beach Babes) and touring.  The LP, Crap Culture lands somewhere between Tyvek, Born Innocent era Redd Kross and No Pocky For Kitty era Superchunk.
Ghettoblaster Magazine recently caught up with G. Green mastermind Andrew Henderson to discuss his favorite record, which he painstakingly narrowed down to The Fall’s Perverted By Language.  Here’s what he told us…
What is your favorite album?
Toughest question.  Been thinking about it all day and I decided it’s definitely a Fall album. It’s a toss up between Hex Enduction Hour and Perverted By Language…. I’ll just go with Perverted by Language.
Do you remember when you received or purchased the album?
It was the third or fourth Fall CD I bought, back in high school when I still bought CDs. I was 17 I think.
What is your favorite song on the album?
“Tempo House.”
What is it about the song that resonates with you?
It’s long as fuuuck, and it’s just this super simple bass line that carries the thing while dual drummers keep it in check and Mark E. Smith rants about the Dutch or something. They’re weeping I guess.
Have you ever covered a song from the album?
No way man.
What is it about the album that makes it stand out against the band’s other output?
It’s a little more varied. Like they’re stretching out stylistically.  The members in the band at that point had been playing together for seven or eight years and it definitely shows. They’re locked in. Maybe because Brix was in the band at that point. The songs are stretched out a bit longer, they get into some grooves, but still keep that very stoic British sensibility. MES is in top form lyric-wise. The lyrics to “Garden” are some next level shit.
Have you ever given a copy of this record to anyone? What were the circumstances?
I actually did, my own copy, to my friend Joe. He had never heard ‘em before so I gave him this album to rip onto his computer. He never gave it back and then I moved away.

Which of the records that you’ve performed on is your favorite?
We don’t have many yet. Though I’d say, right now at least, I’m most stoked on some stuff we just recently recorded. Brand new songs. It was definitely a gas to record Crap Culture though. I had to play
more instruments on that one.

What is your favorite song on the album and why?
On Crap Culture, I think I’ve come to really love the title track again, mostly because of Michael’s lead part. I like “Sinner Now” a lot too. I’m a sucker for the slow burners.
(Sample a few tracks here: http://cultofggreen.bandcamp.com/album/crap-culture.)