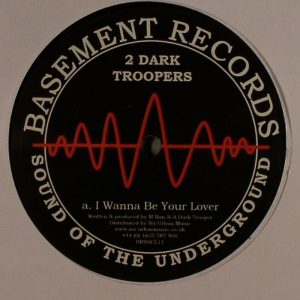 Are you a Techno bro?

AMEN
In a world where experimental electronic music exponentially splinters into a multitude of rogue genres that slowly shuffle the globe from demilitarized dance floors to sleeper cell bedroom studios and back, a team of disparate scientists tracks this solanum-like pandemic while desperately trying to interpret cryptic field recordings of Samhain’s past, not one day at a time, but from Amen to Zombie…
So one very important thing I’ve got to mention.  I’m starting the slow climb through the catalog on Sept 8th, 2009.  Obviously Juno will continue updating their catalog as I listen.  I’m not going to even touch the New This Week or Last 8 Weeks tabs.  New releases will filter in, maybe some dead or old stock will filter out.  Such is life.  If I buy something that is particularly good, I’ll mention it but for now we’ll just stick to the A-Z Back Catalogue tab.  Here we go:
Lots of summer vibes on this first page.  Jazzy d&b.  Lots of vocals and “pads.”  I still don’t know what a pad is or why you would call a synth sound a “pad.'” Like you would go up to some guy in London Electricity and ask him “Well, what do you play?”  and his answer would be “Pads, lush pads man.”  Also reminds me of this thing that Tom Jenkinson said about “Brown Paper Bag” by Roni Size when that first came out.  Something like the track was just using that double bass sample to evoke jazz and actually didn’t engage any of jazz’s rules.  Maybe that’s why d&b is becoming the new trance.  Or for sure it’s the case now that you have to really dig for gold in the d&b section of any record store.

Notable releases:
2 Dark Troupers/Techno Bros: “I wanna be your lover”/”We are Techno Bros”
Old school vocals and tired breaks.  It’s ironic, the very first record of this whole thing was released in ’07 and it sounds like it could have been released in ’97.  Future music that seems pre-occupied with nostalgia these days.  Possibly a reissue though.  We are Techno Bros is particularly funny with the little sample.  “I’m me and that’s him.  And we’re Techno Bros.”  I would totally pay 2 bucks for this just so I could bust it out at the next house party when everyone is getting chummy at the end of the night.  Who wants to be my Techno bro?  It’s releases like this that are for trainspotters.  Like you might find it on a mixed tape, and then some one just doesn’t want to write the whole track ID and puts something like “Techno Bros” on the playlist, but you know there’s one guy, usually a DJ, who will jump up when he hears it and go “WOW, I can’t believe you have ‘We Are Techno Bros’ by Techno Bros.”  I simultaneously hate that guy and enjoy being that guy.
4 Hero: “Stepback Sessions Vol. 2”
I’m sure you’ve seen a CD by 4 Hero.  Lurking in the electronic section of Sam Goody.  This is a perfect example of why you need this blog to sort out what’s what.  Granted the remix of  “A London Sumting” is nice and deep.  But for the most part there’s no reason to go back and remix “Mr. Kirk’s Nightmare.”  Plus more on the subject of seeing 4 Hero CDs at Sam Goody.  Unless it’s on the Reinforced label and you want to get into some old hardcore/jungle action, DO NOT buy the CD.  You will be put under the impression that d&b is all moody and repetitive like London.  It’s very hard to be influential and not sound dated when concerned with electronic music.  You either love it or hate it, and the main reason you love it is that it’s “old school” and the main reason you hate it is that it’s “dated”  There’s plenty more old school tracks from the ’94-’99 era that hold up better than 4 Hero’s stuff.  Put you money back in your pocket and keep moving
A-Sides: “Tokaido”/”Aryze”
A-Sides is pretty prolific, on this particular day he’s only got 7 releases available in the Juno back catalog.  But trust me, there’s tons of A-Sides records out there.  I think he’s a good example of “typical” d&b.  British, got elements of jazz in some tracks and nice filthy bass in other.  Kind of like the d&b that you’ve heard behind commercials or in the mall.  That not being a bad thing, just that it’s immediately recognizable as d&b.  Heavy on that snare and sticking pretty close to that 150-160 BPM range.  It’s like tomato soup.  Most people know what they’re getting into when you serve up tomato soup, but with A-Sides it’s like “Damn, that’s some good soup!” Here’s the myspace for more of the same.
Aeph & Maize: “Rebirth”/”Odessah”
Mostly put here for the fact that it’s on an Italian label, Modulate.  But still a nice 12″  Good samples, nice programing.  As I mentioned earlier I fear that d&b will become the new trance if those who are taste makers continue to focus on the scene in London.  That’s all well and good, but there is soooooo much more going on in even Berlin that you have to be a DJ to know about.  I subscribe to the idea that d&b is a musical set of rules rather than a “scene.”  Which is a really unpopular idea with some, esp. some people in the dubstep scene.  Where it becomes either not “proper fill in genre” or people don’t even know to listen to the music because it isn’t on Ram Records or what ever.  Oh well, more music for me.  Until next time.
So it goes.
N