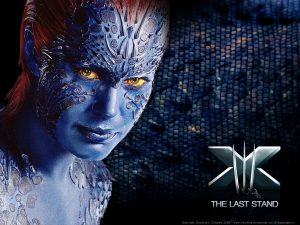 AMEN
In a world where experimental electronic music exponentially splinters into a multitude of rogue genres that slowly shuffle the globe from demilitarized dance floors to sleeper cell bedroom studios and back, a team of disparate scientists tracks this solanum-like pandemic while desperately trying to interpret cryptic field recordings of Samhain’s past, not one day at a time, but from Amen to Zombie…
I won’t put them below in the notable releases, due to the fact that they are only noteworthy as cautionary tales, but on this page we’ve got  releases by Aphrodite and Steve Appleton.  Prime examples of how you can listen to something that is labeled d&b and leave with a bad taste in your mouth.  First let’s start with Aphrodite.  As far a street credentials go he passes muster.  Been down since day one, somewhat self proclaimed “Godfather of Jungle”  has charted singles in the UK consistently since around 2000 (not sure if he’s charted anything in a while though).  Music still sucks.  Probably one of the more important DJs to bring d&b into the main room at a time when huge raves were happening all over the US and people like DJ Dan et. al. were killing it.  Music still sucks.  To the point that I wouldn’t even recommend his music as an entry point (despite it’s availability in most Electronic or Rave sections)  for those who maybe don’t really dig the harder more aggressive stuff, or are put off by atmospheric minimal stuff.  His sound is d&b, true.  But it’s the type you might find when you open up a greeting card.  You listen and it just sounds like he’s a carpetbagger, despite the fact that he’s been in the game of building d&b for longer than some of today’s producers have been on this green Earth.  Like some guy who just discovered trucker caps and pulls up to the bar with a brand new Nike  trucker cap.  He knows that there is some sort of vocabulary that he should be using, but he can’t help but look like a completely incompetent tool while trying to speak.  He’s got to beat you over the head with a louder than hell snare, so that you know it’s d&b.  The flip of “The Time The Place”  is “Blue Mystique.”  The center label has a blue alien disco dancer.   Most of us know that Mystique is blue after all the X-Men Hollywood hoop-a-la.  “But that record was released in ‘o1”  Exactly, at a time when those of us who would have been listening to d&b would have already know that Mystique is in fact blue.  Right next to him buying buttery nipple shots is feminine hygiene product Steve Appleton.  He’s on SONY, He’s holding a Clint Black acoustic guitar on the front cover, it’s frankly embarrassing that it’s even available for purchase at Juno.  Let’s move on.


Notable Releases:
Area 51: “The Revolution”/”Ready to Die”
Don’t really know too much about who Area 51 might be, but the name kind of sounds like a Santa’s Little Helper type of blunder that was just fixed by releasing under another name after a couple of releases on Promo Recordings.  This is on Area 51 records, first and only release.  “The Revolution” isn’t the one, but “Ready to Die” is a wicked tune.  Cool phased out b-line, warble bass also, some hectic sample-and-hold vocal thing going on, and radio frequency nonsense.  Sign me up.  This also allows me the chance to mention that I’m a sucker for good B-sides.  B-sides traditionally being something that, by the nature of a record having two sides and you should probably put something on that second side so the customer doesn’t feel like he’s getting cheated, would be somewhat of an experiment.  When I DJ, I think maybe 75% of my set is B-Sides.  It’s funny how even in an experimental genre such as d&b that these rules of putting the strange tune on the flip and that the A is where the current state of your sound exist.  Point being, don’t ever be afraid to listen to something that you know is horrible on the A had have no hope for the B.  The flip might just blow your mind.
ASC/ASC & Subwave: “Energy Core”/”Greyscale”, “Storm System”/”Tread”
First release is on Warm Communications second is on Covert Operations.  ASC is James Clements, a virtual d&b factory.  He’s a label boss, Covert Operations being only one of, I think, a couple of labels he has his hands on.  Outta Cali.  Not sure what’s going on with Warm Communications, which is a Texas based label.  But ASC should be one that you look for any time your record shopping.  Proper production on all of his tracks.  Fitting comfortably in the Drum Funk splinter group, but due to the sheer volume of his work I would just go ahead and file him under d&b.  You’ll be listening to a lot of his stuff, so just save yourself the time and file him that way.  The work is rich in rhythmic experimentation and outer space melodies.  One thing that makes the tracks so inviting is this balance.  Sure he’s got a space fetish, regularly throwing in samples of astronaut chatter, but there is always a ethereal melody or voice calling out from the depths of space.  The artwork and names he ascribes to his releases reflect this desire to come across as space music.  But I somehow get the sense of exploration overriding the other cliché of loneliness when you invoke this idea of space exploration by way of music.  There is also just straight up dance floor funk, like “Tread.”  It’s really encouraging to listen to ASC and know that he’s a State-side boy also.  He’s released on Philip Aslett’s label Vampire Records (Philip used to be 1/2 of Source Direct), mixed a promo disc for the UK ‘zine Knowledge, and done well, I think, at moving in the d&b circles in London while still reppin’ the States.  ASC also has the luxury of having easily accessible material that is quality and also having sunken treasure everywhere for you to find.  Happy hunting, you won’t be disappointed.
One final note.  I thought it was interesting that also on this page was a Slayer white label.  Some bootleg with \m/ stamped on it.  Of course it was horrible pastiche, but “Burning Inside” was done some justice by simply sampling the bits that might make up a d&b tune (kick, hi-hat, snare) from the original and sequencing them.
So it goes.