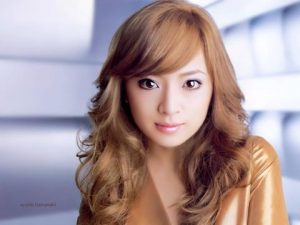 Would you call that a poker face?

AMEN
In a world where experimental electronic music exponentially splinters into a multitude of rogue genres that slowly shuffle the globe from demilitarized dance floors to sleeper cell bedroom studios and back, a team of disparate scientists tracks this solanum-like pandemic while desperately trying to interpret cryptic field recordings of Samhain’s past, not one day at a time, but from Amen to Zombie…
We did it kids!  Made our way to the second letter of the alphabet.  B.  B is for bass.  So hopefully we can highlight some nasty bass as we travel our way through this letter.  One last entry for A, though.  A curious record by Kozue Ayuse.  Two originals and one remix and one instrumental.  Remix by Shy FX and T Power.  Nothing too complicated, just throwing her voice over a breakbeat and adding some rave horns.  But it’s the kind of stuff you’d find on some one’s iPod and they would deny liking it in front of a large group of people.  I don’t know how everyone else feels about J-pop, but except for all the boy bands like Kat Tun and the like, I’m a sucker for some feel good Ayumi Hamasaki et. al.  Quick tip for those who are enamored with Lady Gaga right now.  Ayu’s first break out single way back in ’98 was “Poker Face.”  We may have, in some respects, invented the pop star, but our pop stars are sophomoric compared to Japan’s.  She’s got her own Pachinko machine,  gag on that bitch!