In a world where experimental electronic music exponentially splinters into a multitude of rogue genres that slowly shuffle the globe from demilitarized dance floors to sleeper cell bedroom studios and back, a team of disparate scientists tracks this solanum-like pandemic while desperately trying to interpret cryptic field recordings of Samhain’s past, not one day at a time, but from Amen to Zombie…
AMEN
I usually have something quippy to say here, but honestly I’ve had my head down doing my day job I really can’t come up with anything right now. However, I did recently come upon a scientific paper that proposes that it may be possible to calculate precisely the amount of temporal distortion experienced in dreams by being able to measure synaptic firing rates. Which is awesome. The idea is that there is electricity in your head that also has to obey quantum mechanical laws and if we are able to calculate the rate of the spreading activation of REM sleep as it oscillates from the pons of the brain to the cortex, then compare that to normative values set by either deep brain stimulation or cortical stimulation using magnets synced to clock time and the patient’s experience of time, we then could have a way of recording aggregate action potentials and then determining the amount of temporal distortion by the rate, frequency, and where in the brain clusters of neurons are firing.
Which reminds me of a riddle: How do you put all of the information on Earth onto a match head? You write it all down using a language (any language, but it all has to be in the same language) then you code each character with a number, using 0 as marking a space. You then take this impossibly long number that represents all the world’s knowledge then put a decimal point in front of it, making it a fraction. Starting from the bottom of the match stick you go up 0.0502934857948072… mm and put a small scratch mark.  If you were able to put a scratch mark at that exact point and you could create something that could read exactly where the scratch mark is, you could theoretically put all of the world’s knowledge on a match stick.
Are all of the women gone? Good, now let’s talk some drums and some basses…
Notable Releases 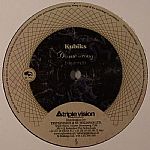 Command Strange – It’s all Over Now
Two liquid rollers by Command Strange. From Kazakhstan — or from parts unknown depending on what you believe on the internets. One thing is for sure, he’s got a very sunny vibe.  Two samples here are on Fokuz, which I’m not normally a fan of, but I’m coming around to the catalog. Command Strange has also put some stuff out on Celsius, which is a sub-label of Fokuz that I don’t care for, but I guess that’s why you have to dig around a little to find some gold. I was really hopeful when I heard Second Self – Sheltered Spirit on Celsius, but  haven’t really heard much more that’s worth while there.
I mentioned Commix in a previous post and sung their praises there so go check that out.
Commix also have an excellent new cut on the Exit Records compilation Mosaic: Vol 1 so check that out too. Available here is the 31 Records comp Quality Over Quantity: Vol 2 with a Commix track on it.
A little history about 31 Records: Started by Doc Scott; highly influential “intelligent” d&b label; known for getting tracks from artists that may have developed their sound on other labels but want to experiment with other sounds; been in the game since 1994 with forward thinking sounds… but really its just a bunch of boring “deep” d&b with a few flashes in the pan.
I hate to shit on 31 Records; some of my favorite tunes are on the label (Digital’s Deadline, and the new Seba Don’t You Love Me Anymore), but really there’s a lot of boring deep rollers, that may sound great on a proper sound system in the hands of a skilled DJ that will mix them expertly… it just isn’t cutting it anymore.  What made 31 Records great in 1994, makes them dated today.  But the gems you can find in that back catalog will blow the mind. Moving forward… 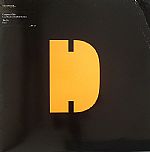 Computer Club/The Fix – Load Rocket (Gridlok rmx)/Fatal
*sigh* Now I have to talk about Dieselboy’s Human Imprint. Don’t get me wrong. Gridlok’s remix is freaking awesome. Prime time dance floor material.  But the flip by The Fix is very lackluster compared to what is also available on Substance D, the Dieselboy mixed CD from which this release comes from. And it’s kind of the writing on the wall in a way. I have HUGE amounts of respect and admiration for Dieselboy. He is the sole reason I know anything about d&b, and I will be a loyal fan til the end. It’s just that instead of using his peerless skills as a tastemaker — like he has on countless mixed CDs — he’s seen fit to let some sub-standard tracks ride the b-sides of the vinyl releases that coincided with the release of Substance D.  Now, I’m all for helping people get on.  Each one teach one, of course. But you do that on a sub-label, where people can still benefit from being released and still have time to develop their sound. That coupled with the machismo subHuman bro-step label and the new mix Unleashed, a free mix available on Soundcloud, I think I need to step away from Human Imprint and Dieselboy for a while.  However, the back catalog is solid gold tech d&b. Highly recommended.  In the right doses. 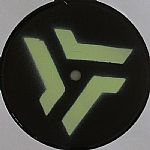 Concept One/CJ Weaver – Lyre Bird/I’m Melting
This one! WoW! Now we’re back on track. But I expect nothing less from Alphacut.  If you like your music well produced and deep and life-changing at the same time foot-moving, Alphacut boy. That’s what you want to buy. Here we have a French Concept One with some jungle vibes and North American CJ Weaver with some Autonomic vibes. Win win. And I’m kind of not wanting to put this one out. It’s been a long time in this blog where I’ve actually listened to something that I thought, “Yeah, that is going in my box for sure.”  But I’m Melting is such a good tune, I must possess it.
Alphacut is also obviously run by people who are passionate about the sound. The website looks more like a fan site, with tongue-in-cheek bios, a cascade of text instead of flashy photos, and of course reviews for each and every release.  As a fan of d&b and (colored) vinyl, the whole label ticks all the boxes for me. Don’t skip this one. And check out everything else as well.
So it goes.