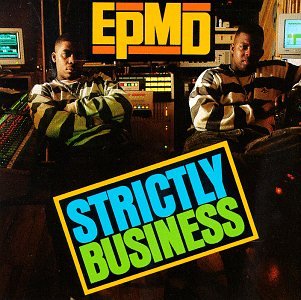 ZOMBIE
Thank you all for you patience, now back to the program.  Brought to you by Lipton Tea.  There’s no better way to insert the British idea of “Tea Time” into American culture then by suggesting during this radio drama that you enjoy the brisk taste of Lipton Tea.  Yes, that word “brisk” describes the horribleness of bitter tea straight from the mother country.  A brisk flavor that has its flavor profile rooted in the history of English trading routes and the East Indian spice market.  You see, in getting to and from India, sailors would actually sail down to the tip of Africa where their tea would dry out on the decks of pirate ships.  And by gum that brisk sun flavor would be scorched in by the time they had sailed back to England.  So enjoy Lipton Tea.  Enjoy the “brisk” flavor.  And now we return to our story…
Noah is a mild mannered, even tempered typist at the Campbell and Scotch offices.  We join him now at… the water cooler…

“…so I says to Mayble, I says… Oh, hold on. I’ll finish this later.  Well hello! Congratulations on the promotion. I say they might be shipping upwards of 3,000 additional copies of the magazine, what with all the superb pictures you’ve been taking.  So how’s the new desk treating you?  Yes, I do agree that a seat by the window can be a blessing.  New York does seem busier this time of year.  Ah, yes… And being that we are on the first floor, you might convince old Roberts at the hot dog stand to swing by with lunch, ha ha.  Yes, I know that it sounds like a crazy idea, someone getting their lunch from an open window. But anyway now, I saw you two talking this morning while I was getting the morning paper from Andy at the news stand.  Now just what were you two talking about?  I’ve never seen ol’ Roberts so terrified looking… Oh, you were talking about last night’s Old-Time Radio Hour?  Why yes, of course I heard it also.  You know, it being autumn, the children like to gather around the radio, light candles or hide under a blanket and listen in.  You know that one about two weeks ago with Vincent Price, oh what was it called… Uh, yes that’s right it was suspenseful, what with the intricate description of those rats and their neon red eyes and all…  Price is an amazing talent, and you know they bring out the heavy hitters when they have a good story to tell.  I tell you I almost dropped a deuce in my leather easy chair.  No, no… but the children were frightened properly.  It’s amazing those radio dramas.  They really draw you in.  I don’t mean those over produced ones, with all the sirens and tin cans clanging in the background.  They sound as if Varese himself was conducting.  No I mean ones like “Thing On the Fourble Board” or “The Shadow of Death,” you know.  Simple tales of suspense and supernatural events, with just the right amount of that creepy organ… yow!  That sound just chills me to the bone.  Oh… yes… “Three Skeleton Key.” That was the name of that one. Very nice.  You know, I don’t often listen to them, I tend to congregate my evening thoughts around the Hi-Fi… oh really now?  CBS is thinking of putting those radio-dramas out in long player format?  I should say that it might take till the late 1970’s to accomplish such a thing.  Ha!  You sure are right about that.  But no, as I was saying.. no, I don’t often listen to them.  I have the good fortune of picking the good ones though.  Now back to you and Roberts… just what the devil was so terrifying with last nights Old-Time Radio Hour?  I though Roberts looked as if he might have a heart attack!  I mean I was listening to it, but I should think that “Sunset Boulevard” would be nothing to lose your composure over… Yes, it is a very well composed story.  Oh, there was another after… no I didn’t hear that one… would you tell me about it?  But the short version… right Mr. Campbell doesn’t like the employees to have any fun.  Sorry, go ahead.  Yes… Uh… sounds interesting… what?… what are you doing… No! Stop!  What the fuck is a podcast?!  Put down! … No!  No!  …Ahhhh! …Put down that knife!  Where’s my gun?!”
Shit’s thick I reached for my tool. I wasn’t strapped, left my 9 in the car right next to the Jim hat. It’s my ass, better think fast real quick. I got a flashback (KiYAA!) from a Bruce Lee flick. Got in my stance (don’t lie).  Kay I broke for the door, tripped on some bullshit in the living room floor. Jay rushed me, I gabbed him, scooped him up in the yoke (awe shit). Kicked him in the nuts (that’s all she wrote). It was like Rapunzel (Rapunzel). Down came his hair (titties popped out). And there was ass everywhere (Jay a transvestite?). Not quite B, he was more like J to the A to the N to the E. (Don’t tell me you went out like a sucker.) Chill, took off that mustache. Grabbed that ass and I fucked her.
Peace, I’m Audi 5000.