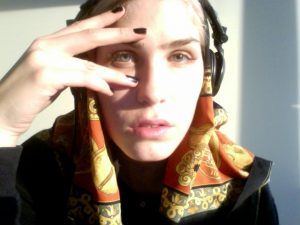 Custom Made Music are doing a 7-inch single for Eartheater, which is which is the solo project of Alexandra Drewchin of Guardian Alien and features Adrian Grenier (of Entourage fame) and Damien Paris. Check out the Video for “Birds Eye” shot at the Wreckroom Studio in Brooklyn NY. Vinyl available July 30 from custommademusicva.com.

This is what Grenier told Ghettoblaster about it:
“I met Alex at Roberta’s in Bushwick, I think she was working there. We were hanging out at the internet radio station there, talking about music. She picked up a guitar and started playing and I became an instant fan. I asked her over for a jam, then we started recording together. I was so honored that she let me play with her. She’s an innovator. She doesn’t let our expectations interfere with her creative impulse.” Adrian Grenier