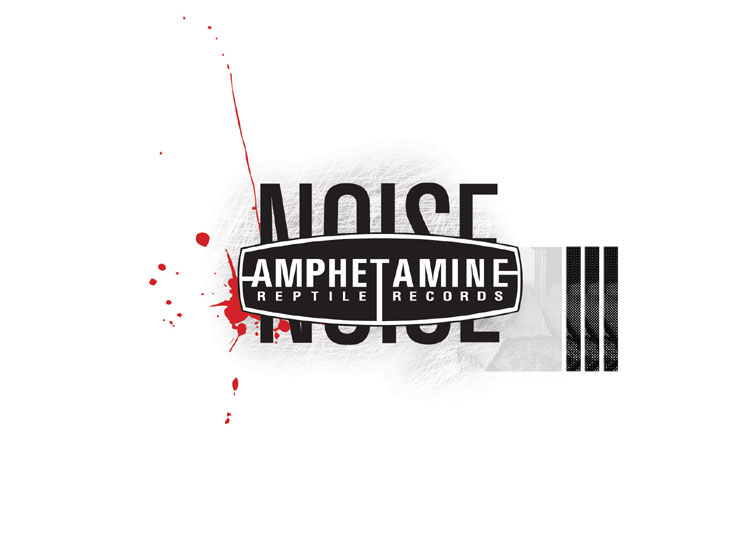 Here it is… The ultimate Amphetamine Reptile Records combo pack including “The Color Of Noise” (Blu-ray/DVD), “Dope, Guns & Fucking In The Streets: 1988-1998 Volume 1-11” (3 LPs), and the Mark Arm Throbblehead! The Color Of Noise (Blu-ray/DVD) is a documentary about the artist HAZE XXL and his notorious record label, Amphetamine Reptile Records.
Throughout the ’80s and ’90s the label would achieve almost cult-like status for being adventurous and daring in the midst of a time where “safe” punk rock would rule the airwaves with a newly accepted style of music by the mainstream college goers, Grunge. Though with AmRep, not only a roster of the most outrageous performers would find a home, but also a legion of poster artists who broke all of the rules. Armed with a computer and an aesthetic of bold imagery, an artist would emerge in Hazelmyer. This is an American mid-west story about a man who created his own path, far from the norm and how he brought along with him countless others who would achieve greatness by sheer proximity and participation. This is the true American underground.
Featuring over 50 interviews from across the globe, unearthed live footage of the bands and stunning visuals masterfully edited together resulting in one of the years’ best music documentaries. Premiered at Jack White’s Third Man Records and taken on a US tour shortly afterwards, The Color of Noise has gained the reputation as one of the most important films about the Noise Rock era. “Dope, Guns & Fucking In The Streets: 1988-1998 Volume 1-11” is a triple LP compilation of the famous AmRep singles featuring songs from Mudhoney, Superchunk, Helmet, Melvins, Halo of Flies, Cows, Boredoms, Surgery, Dwarves and tons more!
PRE-ORDER NOW – SHIPPING EARLY DECEMBER – MAKES A GREAT GIFT!
Track Listings
LP 1: