Sanya Weathers, Director of Community at Undead Labs, spoke with Ghettoblaster for the gaming feature in our last issue. As is often the case, the interview had to be edited down because of space restrictions. However, Sanya and I had such a great conversation covering so many interesting aspects of her interactions with the State of Decay community that I decided to post the bits that didn’t make it into the issue here. Check it out! 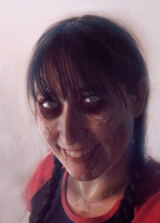