THE CAPTAIN IS DEAD (The Game Crafter)
A lot can be said for a compelling first sentence. “It was a bright cold day in April, and the clocks were striking thirteen.” “The man in black fled across the desert, and the gunslinger followed.” “Call me Ishmael.” As far as the first line of a rulebook, or even a game box, The Captain is Dead does a pretty good job of grabbing your attention. “The captain is dead? Well, I guess we’ve got some work to do!”
Playing as the remaining two to seven crewmembers of a recently captain-less spaceship in hostile alien territory, your goal is to repair the ship’s Jump Core while fending off boarding intruders and keeping your ship in one piece.
The gameplay for The Captain is Dead is reminiscent to Fantasy Flight’s Red November but without the vague rules and potentially contradicting in-game situations. In fact, one of the things that The Captain is Dead does best is show the actions available in a turn and where those actions can be taken. The gameboard is not only sharply designed but explicitly points out the actions for each room of the ship – connecting board spaces to corresponding piles of cards. Setup can be a little intimidating at first, with a number of different cards and tokens, but a quick reading of the rulebook and viewing of the 7-minute YouTube tutorial (more games need these) and you’re ready to go. 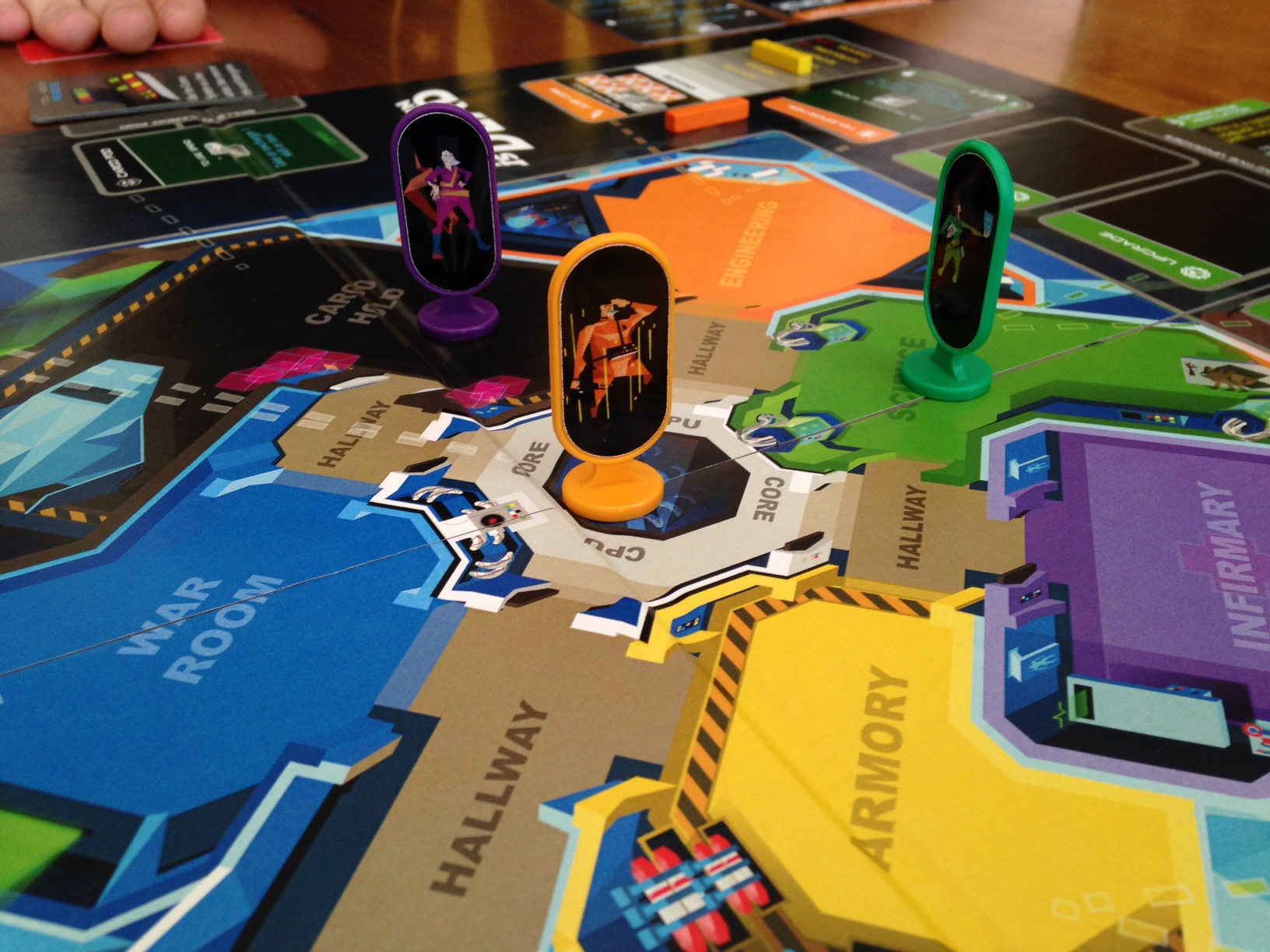 The game’s turns progress through Yellow, Orange and then finally Red Alerts. In between these disasters players run and teleport around the spaceship, putting out the most urgent of fires (sometimes literally). Battle Plans and Ship Upgrades can help your collective cause, and triangulating your crewmember’s special abilities is your only chance of survival. Fourteen different crewmember players and an adjustable difficulty level keep each adventure new and nail-biting.
The main weakness of The Captain is Dead, as with most cooperative games, is having an alpha gamer turn a team game into a one-man game. But the captain is dead and this guy isn’t the boss of you! Afterall, space command didn’t make you janitor for nothing. (The Game Crafter) by David C. Obenour

Tags: Board Game, Featured, The Captain is Dead, The Game Crafter