RENAISSANCE MAN (Rio Grande Games)
It takes a lot to become a Renaissance Man – there are so many fields to study! The Dark Ages aren’t going to end themselves though and if mankind ever hopes to reach the Age of Enlightenment it will take a number of dedicated thinkers.
For Renaissance Man, players build a card pyramid of scholars, bakers, merchants, knights and renaissance men. With the exception of titular card, each worker card provides its player with an available game action and each available tier of their pyramid offers an additional action per turn. The catch is that every time you recruit or hire a new worker, it covers two workers lower on the pyramid – adding to additional tiers, but decreasing available actions at a 2-to-1 ratio. This forces players to think a number of turns ahead, storing actions, collecting cards and adding and subtracting workers from their pyramid in the race toward training the ultimate Renaissance Man. 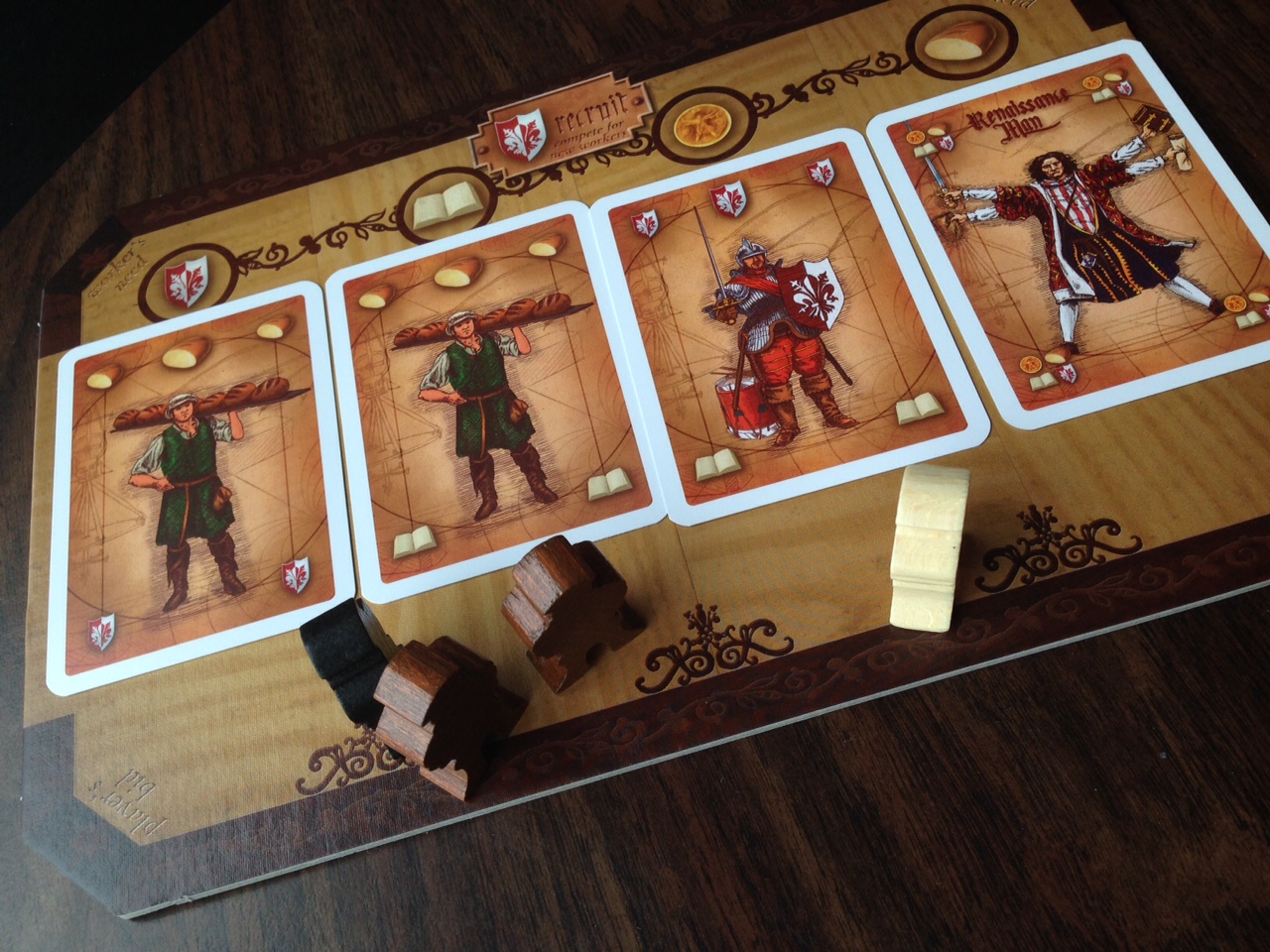 It’s definitely different from most modern games, playing out more like a traditional card game. Unlike a traditional card game though there isn’t much chance involved (with the exceptions of exceedingly lucky or unlucky dealt hand). The cards drawn are more about reshaping a winning strategy as opposed to waiting for that one perfect card.
There’s definitely not much to Renaissance Man in terms of narrative and the rulebook doesn’t offer any background or introductory fluff. But if the how’s of a game are more enjoyable to your playing than the why’s, Renaissance Man might just be for you. (Rio Grande Games) by David C. Obenour