NEFARIOUS (USAopoly)
This little blue marble of ours, a failed experiment that has gone on for far, far too long. They would never let you lead. Their science was mere cowardly scribblings. If she wouldn’t be with you, then no one would be with anyone ever again! The reason why isn’t important in Nefarious, just the how’s and who’s first of doomsday. Getting into the twisted mind of a mad scientist, players spy on each other, grind away at their research for funds and ideas, and race to invent their world ending devices.
While that’s all good (or rather, very bad) fun, perhaps best of all is that USAopoly has published a game that lets you do all of that with only a few pages of easy to follow rules. Four action cards outline the single actions that players choose from each turn. These actions are revealed simultaneously and resolved numerically. Done? Great, on to the next turn! 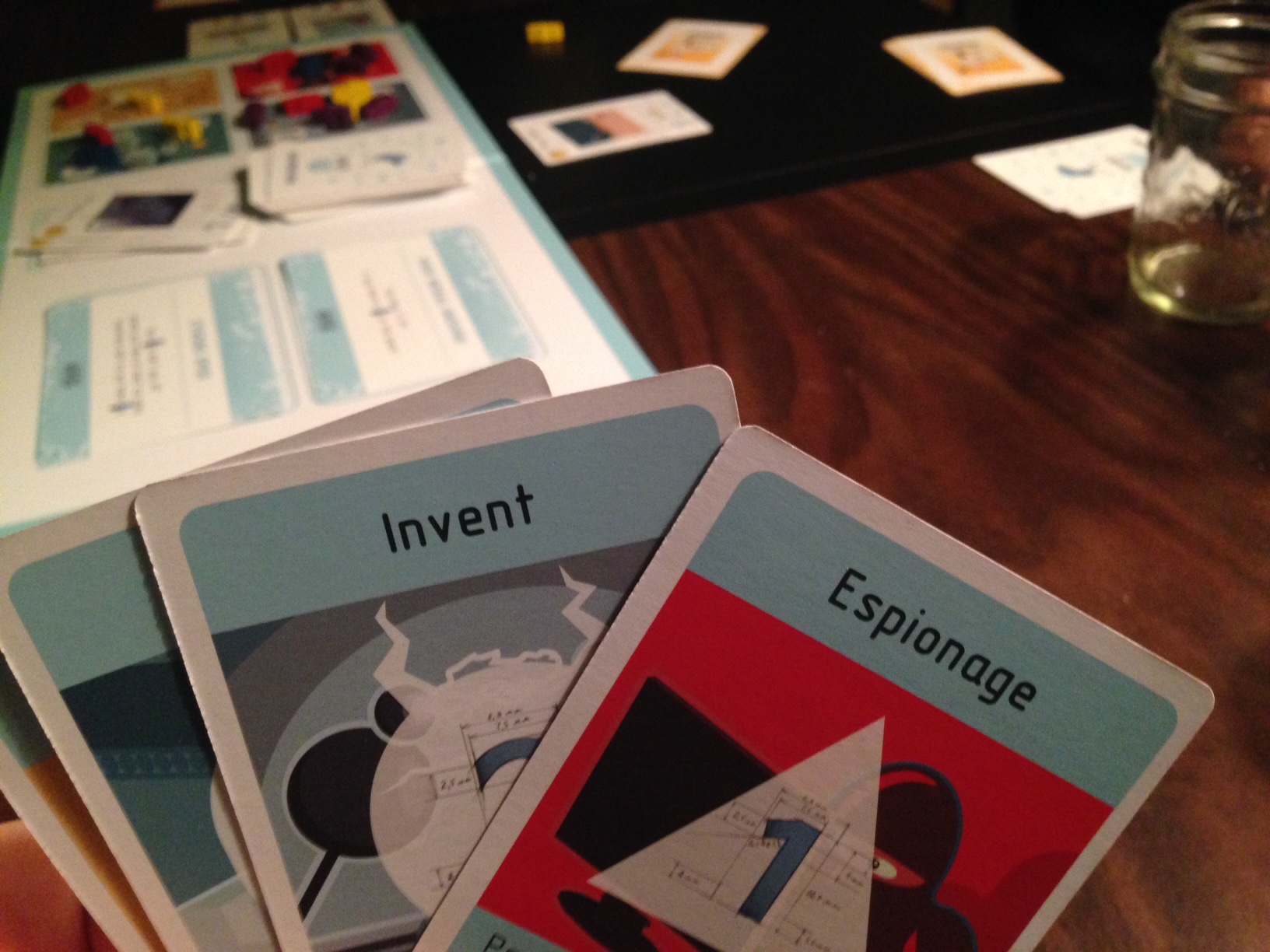 This simplicity is randomly altered at the start of each game by the deck of Twists cards, delivering two game changing exceptions per play through. More then just adding a couple of foils, these often can change the best winning strategy for savvy players.
But even if it wasn’t such a fun game (it is), Tatyana Mayfat’s illustrations would make it hard not to still love Nefarious. Resembling something that could easily be adapted into a Cartoon Network animated series, she really nailed the teens-to-thirty-something demographic perfectly.
Occupying space at this year’s Gen Con in the normally family-friendly and forgettable (roll, move, wait for your next turn) corner of the exhibitor hall, USAopoly landed on a real winner with Nefarious. (USAopoly) by David C. Obenour