IMHOTEP (KOSMOS)
Whether it’s with a new box of Legos or a worn box of wooden blocks rediscovered from the attic, we all still love playing with blocks. Maybe it’s the connection with an innate desire to build. Maybe its simple joy is made greater in an age of complex screens. Or maybe I’m completely alone on this.
In any case, Imhotep gives us a fun new way to play with blocks again. Taking on the role of a master builder in ancient Egypt, players compete with each other for monumental legacy as they construct great structures… built out of neatly stacked blocks.
At first glance it would seem that Imhotep’s gameplay would be centered around the worker placement mechanic. Players collect stones to stock on ships before deciding which construction site to sail towards. But what leads play is that each site can only be docked at once per round. This forces decisions of value to you as well as value to the other players. Is it more important for you to score for the burial chamber now, to try and load another block on for your next turn, or to sail a different ship and prevent your opponent from scoring for the pyramid? It’s a great mechanic for breaking up the sort of simultaneous solitaire that can exist with other games. 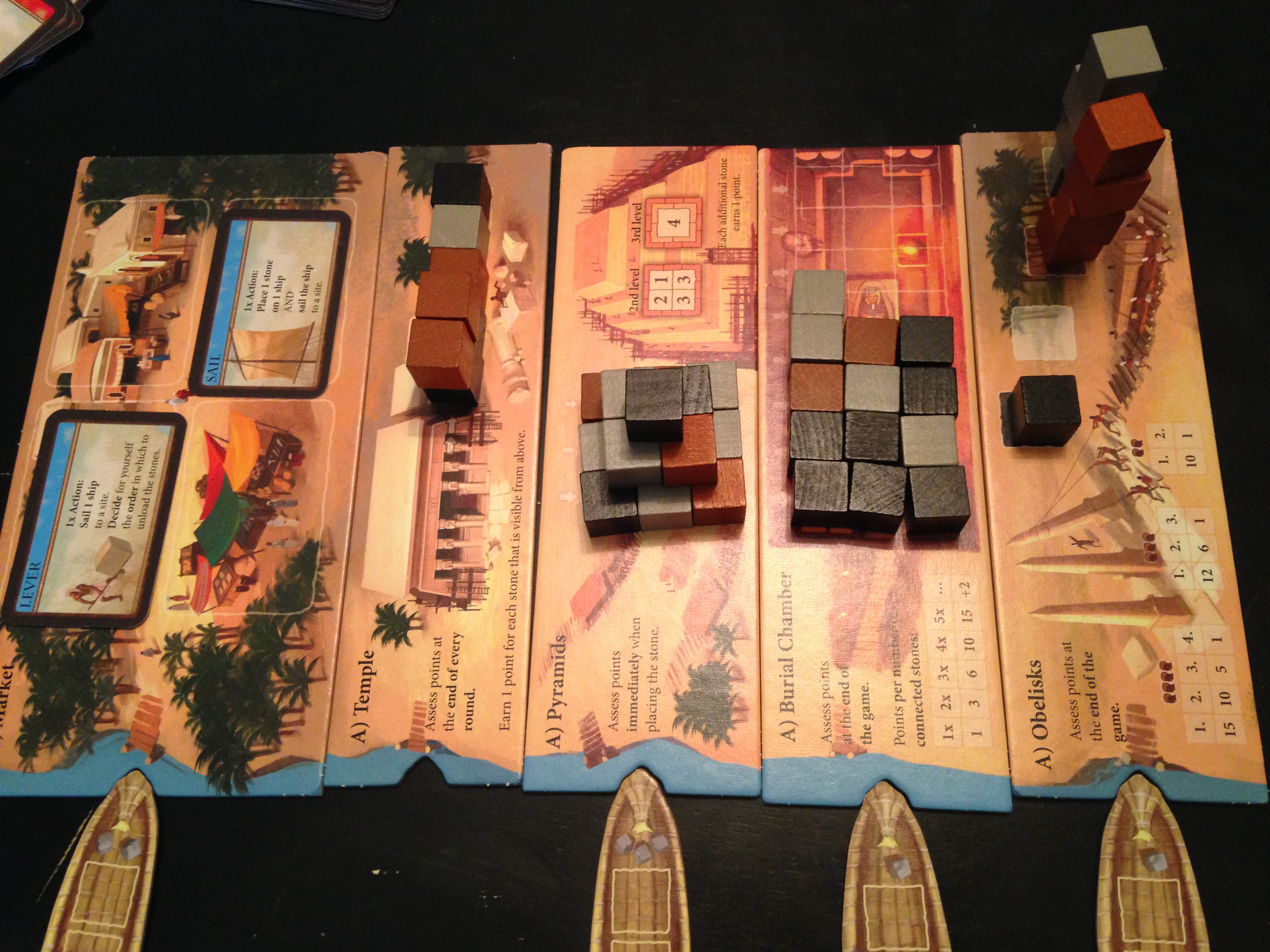 The rules are easy to understand and very well-written, only taking up two pages outside of play preparation and rule clarifications. There’s also a wealth of variations available with the double-sided construction site tiles allowing for a mix and matched number of twists on the game.
Easy to understand, thoughtful to play and smartly designed, there’s a lot to like about playing with these blocks. (KOSMOS) by David C. Obenour