ICE COOL (Brain Games)
Ice Cool might be one of the cleverest games out there now. The name is a fun little wordplay off of “high school.” The packaging is an ingenious boxes-within-boxes nesting doll that fits inside a surprisingly compact game box. Finally, the theme of penguins cutting classes by skittering around their “Ice Cool” as executed through flicking wobbly pawns across glossy box surfaces is a great marriage of game and gameplay. Of course clever doesn’t always equal fun… but don’t worry, in this case it does!
During each round of Ice Cool players flick, push and hop their penguin pawns through the connected game boxes that make up the board. Some box connections contain fish and it’s the player’s goal each round to collect as many of their colored fish as possible. The catch being that for one round each game a player has to take on the role of hall monitor, careening their penguin around in an effort to tag all other players and grab their student IDs. It’s sort of like poison in croquet. At the end of each round, fish and student ID cards are each worth a victory card. Cards are valued between 1-3 points, but two 1-point cards can be exposed to grant you a valuable extra turn! And that’s pretty much the game of Ice Cool. 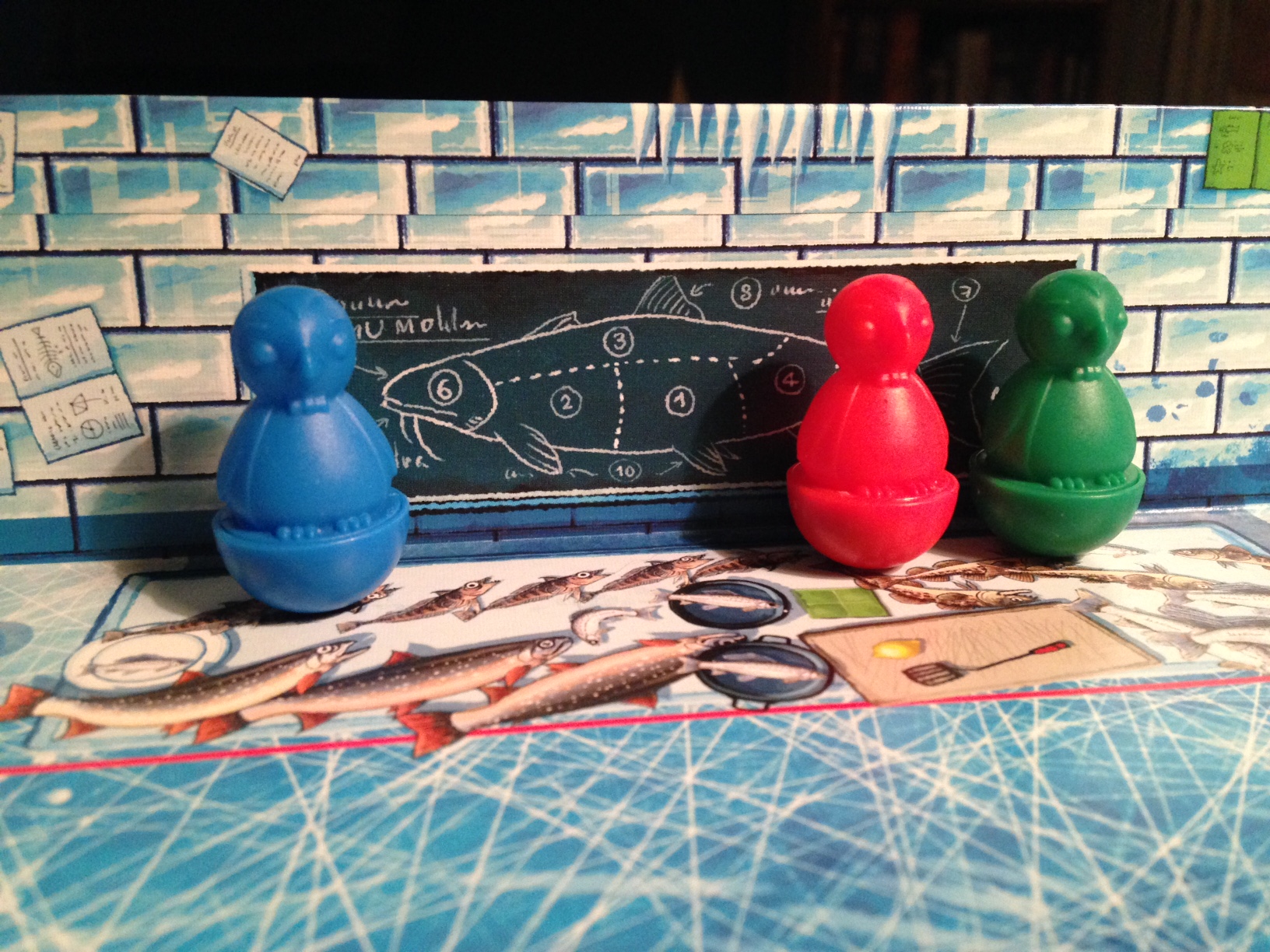 As has been mentioned in some of our recent convention summaries, games of skill seem to be experiencing a resurgence in popularity with the modern gamer. As more people come to the gaming table more styles of gaming are being explored. The only problem for games of skill is that often times after a few plays the novelty wears down to expose an all too simple game. While Ice Cool is by no means complex in its rules, the skills needed are varied and challenging enough that it’s one that demands to played again and again – not so much to beat your opponent, but to get that crazy through-three-rooms shot down. So limber up those fingers and pull the chairs out and away from the table – class is in session! (Brain Games) by David C. Obenour