HIGH HEAVENS (Wild Power Games)
Clash the ancient pantheons of Mount Olympus and Asgard and attempt to crumble your opponent’s kingdom in Wild Power Games’ High Heavens. Got your attention now? Good, let’s delve into it!
Right out of the box, the miniature sculpts for this game are gorgeous. Two dozen mid-action poses of Thor, Ares, Odin, Zeus, Loki and more make for a striking tabletop. The only thing that could be said against them is for the kind of plastic used, similar (if not the same) to Reaper’s Bones line. It’s not as brittle as some plastics, which make sense for pieces toted around in a game box, but it’s bendable nature can curve spears and swords or bend poses. It’s really a small complaint as other plastics would increase the price and most bends are fixable with the careful use of warm water and repositioning.
As for the game, the rules are short and well written and really can be read aloud during the first game without too many interjections of, “Wait, no… lemme check on that.” Turns are governed by three action tokens that can be spent invoking, moving and attacking gods, using gods’ special abilities and playing divine power cards. 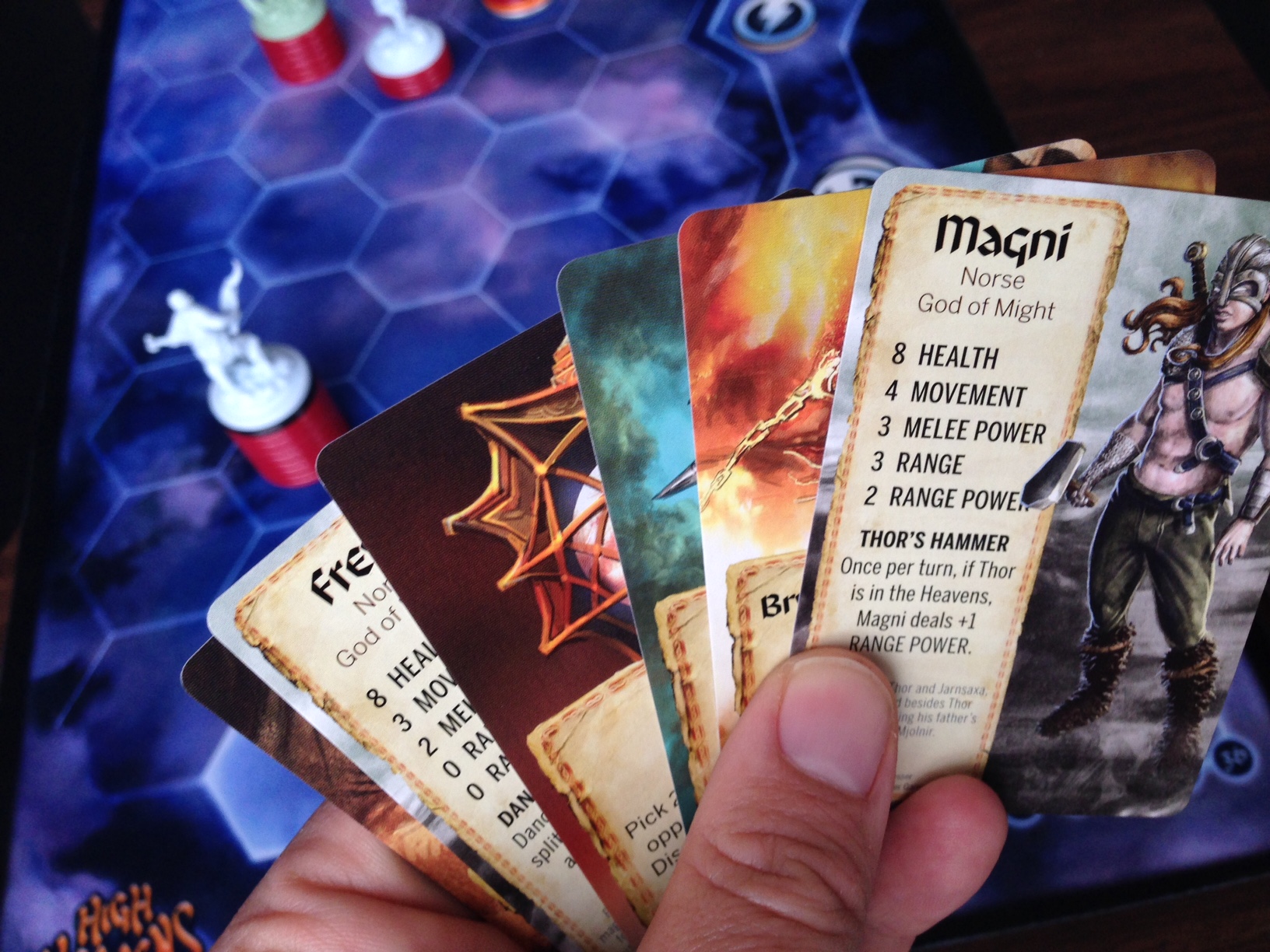 The centerpiece mechanic introduced by High Heavens is the stacking ring system. Six different colors of rings account for the invoked god’s health, armor and weapons as well as any set traps and acquired poison, and finally placed architectural obstacles. For the gods, it works brilliantly as a quick way to assess their status without having to peer over at character cards.
The main concern for the game comes from the limited player decks. Each deck contains only 24 cards with 12 gods and 12 divine powers. After repeated play-throughs certain cards and combinations are sure to stand out as the most effective way at winning, guiding play around it. The luck of the draw partly addresses this with random 5-card hands, but more cards would make for more choices and a richer game. If High Heavens is one you’ll be playing frequently, consider the expansions of the Egyptian pantheon or the Bloodied Deck with alternate god cards for custom deck building. (Wild Power Games) by David C. Obenour