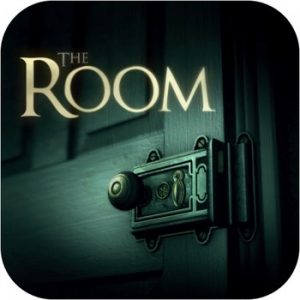 THE ROOM (iOS, coming to Android this summer)
If you are a fan of puzzles and the writings of H.P. Lovecraft, The Room by Fireproof Games is a must buy. It is a moody, atmospheric game of discovery and puzzle solving where the only inhabitants are you, a room, and an increasingly maddening puzzle box. You almost feel that you are actually holding the puzzle box and turning it in your hands by using the iPad’s touch screen. The developers were able to mimic all sorts of different actions as you explore the box.  From flipping switches to turning cranks, sliding panels and pressing buttons, rotating dials to pulling levers I was mesmerized by the intricacy of the puzzles. Just as you finish one piece of the puzzle you find that it only unlocks a further, more complicated one. With a built in hint system there was never a time where I felt stuck wondering what my next step would be. If there is one complaint that has to be made it is that the game is relatively short. Once you have solved all the mysteries of the puzzle boxes there is no real replay value other than the wonder of handling the puzzles and manipulating the various doo-dads on them. Keep in mind Portal was often lamented as being too short even as praise was heaped upon it. Fireproof Games already has plans in motion for a sequel, and I for one are waiting with baited breath for a continuation of this fantastically fun series. (Fireproof Games) by Adam Talicska