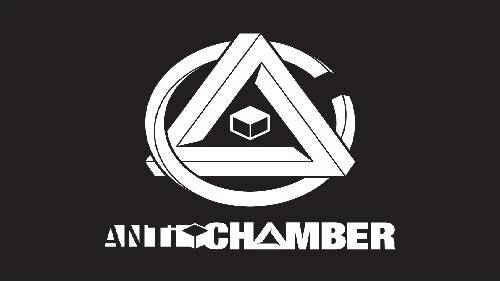 Antichamber (PC)
As someone who has been playing video games for the better part of three decades now, I always enjoy a game the most when it provides something completely novel. Arguably, the central goal of game developers from Pong to Call of Duty has been to model actions in the real world as accurately as the technology of the time allows. Certainly previous developers have shown us things that don’t exist in the real world, fantasy and sci-fi elements that define gameplay. But those elements are layered upon worlds we know. A medieval kingdom, but with dragons. The Milky Way galaxy, but with faster than light travel. A gun, but that slows down time when fired. Antichamber goes a step farther, offering a world that has different logical underpinnings than our own reality.
The halls and puzzles of Antichamber are non-Euclidean in their geometry. This means a player making four 90-degree right-hand turns may not return to their starting point, or that the inside of a box is larger than its outside.  Antichamber even offers boxes that have insides that are in a different location than the boxes’ outside. Add to this a stark aesthetic of solid color (mostly white) corridors, and disorientation is inevitable. Fortunately, one tap of the Escape button will bring you back to the starting room, where a large map allows immediate warping from one puzzle location to another. The individual rooms on the map must be revealed by exploration, but once a player has been to a room it is always accessible by the map.
The minimalism of the level design can be a little jarring for a first-person game. After all, lush environments are the first bullet point for practically all FPS games. So here is another point where Antichamber defies typical expectations for a modern video game. The nightmare-by-Apple’s-design-team starkness of the game borders on pretentiousness. Fortunately, this is tempered by the occasional hint panels which feature cartoons with a hand-drawn look.
About midway through the game, Antichamber adds a cube-firing gun. This gives the player a new way of manipulating the environment.  These cubes act as keys, stairs, and other objects needed to navigate Antichamber’s labyrinth. This adds an additional layer of complexity, too.  Cubes are limited in number, and finding ways to recycle or retain them is necessary to pass certain puzzles.
Much like the original Portal, Antichamber allows a player to experience spaces that are physically impossible in the real world, and some inventive puzzles keep things interesting. But where Antichamber really shines is when it subverts typical game mechanics. Timers, exits, dead-ends, and the walls around you don’t act the way players typically expect. This game serves to remind us that while most video games strive to emulate the real world, virtual spaces have far more promise when they are used in completely novel ways.
Ultimately, Antichamber’s uniqueness is its weakness as well. Once you’ve seen all the puzzles in the game, there is virtually no reason to replay it. While playing, I constantly felt like I was watching a well-structured tech demo. The sparseness of the environments only reinforced the feeling of incompleteness. But much can be forgiven at a $19.99 price point, and the experience is certainly worth that. Hopefully, non-Euclidian space is a mechanism that will be re-visited by this and other developers, as its potential in horror, survival, and sci-fi genres is immense. (Alexander Bruce) by Matthew Snider