FIRE DRAGON (Haba)
Every thousand years a mighty volcano erupts, spewing forth precious rubies amidst fire and ash. These rubies are more than just precious gems to be traded, but a powerful supplement for dragons too. So summon your courage and mount your dragons, it’s time to play Fire Dragon!
With rules that can be explained in fewer words than I’ll use for this review, Fire Dragon is a simple and fun game that’s been beautifully produced. Players command two dragons and spend their turns stoking and circling the volcano. Rolling two six-sided die, one die is used for movement and one is used for tossing rubies into the two-piece aluminum volcano – on an eruption roll the volcano’s top is lifted, spilling out rubies onto the game board to later collect. With a few clarifications, that’s really all there is to it!
The strategy comes from spacing out your dragons to cover more ground and choosing whether it’s more valuable to go for the rubies on the board or control how many rubies are thrown into the volcano. As an ages 5-99 game admittedly strategy comes after luck and design. But the quick game play (15 minutes) and fun theme and components should keep anyone from grumbling too much about unfortunate rolls. 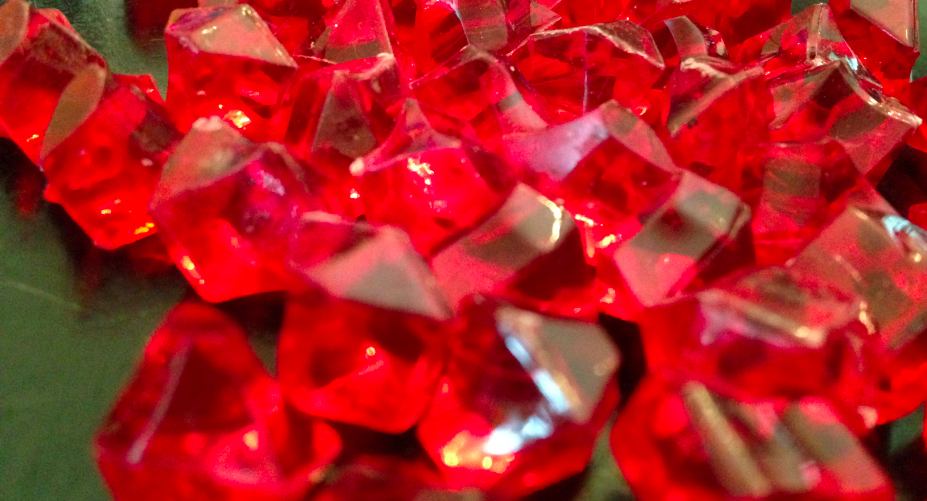 Of course you can always introduce a few easy house rules to deepen game play. On our part, we’ve been playing with carbon gems as negative resources (as opposed to just valueless) and allowing stealing from all players sharing a space instead of just a single player. These variations reward paying a little more attention to what your fellow players have been collecting on the board and from each other, weighing out if it’d be worth reaching into their bag for a steal.
There are a lot of other ways you could build off of Fire Dragon, though it’s important to keep insight that much of the game’s charm lies in its simplicity. In an era of more involved and tactical gaming, this is a great reminder of those family classics from your relative’s attics and basements that can still excite you. (Haba) by David C. Obenour