CAVEMEN: THE QUEST FOR FIRE (Rio Grande Games)
Looking at it from the outside, Cavemen: The Quest for Fire has a surprising amount to offer from its small box. Taking on the role of prehistoric tribe leaders, players recruit thinkers, scavengers, elders, explorers and hunters into their tribe in a, you guessed it, quest for fire.
While being quick to pick up, easy to play and fast to finish, Cavemen’s focus on proactive decision-making over random element reactions keeps it from falling within the “beer and pretzel” category of games. Which isn’t to say you can’t finish off a beer or two during a game, it may even help you tap into your alpha (fe)male lineage!
Divided into five phases, the turns move along quickly as your decisions are manageably limited in their scope. First, the card pool is refreshed, flipping over a new mix of tribesman, discoveries and wild game cards for players to acquire. Second, the conch is bid on – determining the first player for that turn. Third, players feed their tribes. Fourth, players recruit, hunt, invent, forage and explore from the card pool, starting with the conch-holder. Finally fifth, the player to the right of the conch-holder discards three cards from the pool.
And that’s really all there is to it! 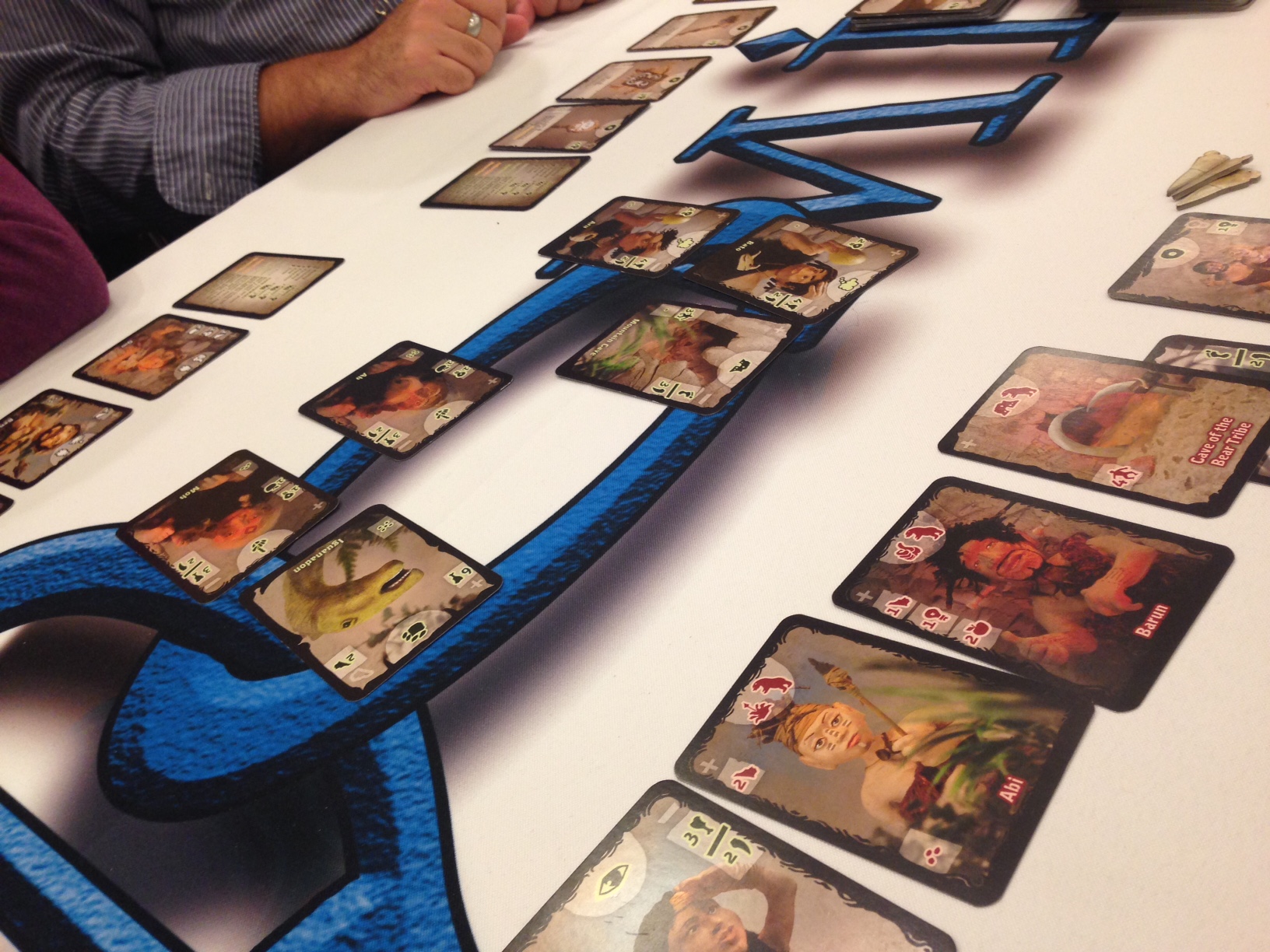 The balance of how the game is won is really where Cavemen shines. To discover fire, your tribe needs to have enough thinkers in it to come up with the what’s and how’s of starting and feeding a fire. Thinkers aren’t that great at hunting, scavenging or exploring though. Your tribe needs to be comprised of enough hunters and scavengers to keep everyone feed and explorers to scout out new caves to keep everyone housed. Too many of one type of tribesman and not enough of another and you miss out on opportunities in discovering new inventions, new areas or just keeping enough food at camp so people don’t wander off.
I’d also be remiss in not mentioning the art on Cavemen, which is entirely done in claymation. Smart and unique – just like the game itself! (Rio Grande Games) by David C. Obenour