BLOOD BOWL (Games Workshop)
Are you adequately prepared for some fantasy football?! Let’s hope so, because Games Workshop has released the long awaited update to one of its most popular specialty games, Blood Bowl.
In this game, players field their own football teams comprised of races from the Warhammer Fantasy setting. Aelves (elves), dwarves, orcs, and Skaven (rat-men) each have their own team which possesses unique strengths, weaknesses, and look. Speaking of appearance, Games Workshop again shows why they are a leader in miniature modeling. The figures included in the base game are incredibly detailed and dynamic. There is a great sense of motion to all of them. The box game comes with 12 figures each for a human team and an orc one. A small but greatly appreciated update is now the figure bases include a hole for the ball to insert into to signify which player is currently in possession of the ball. 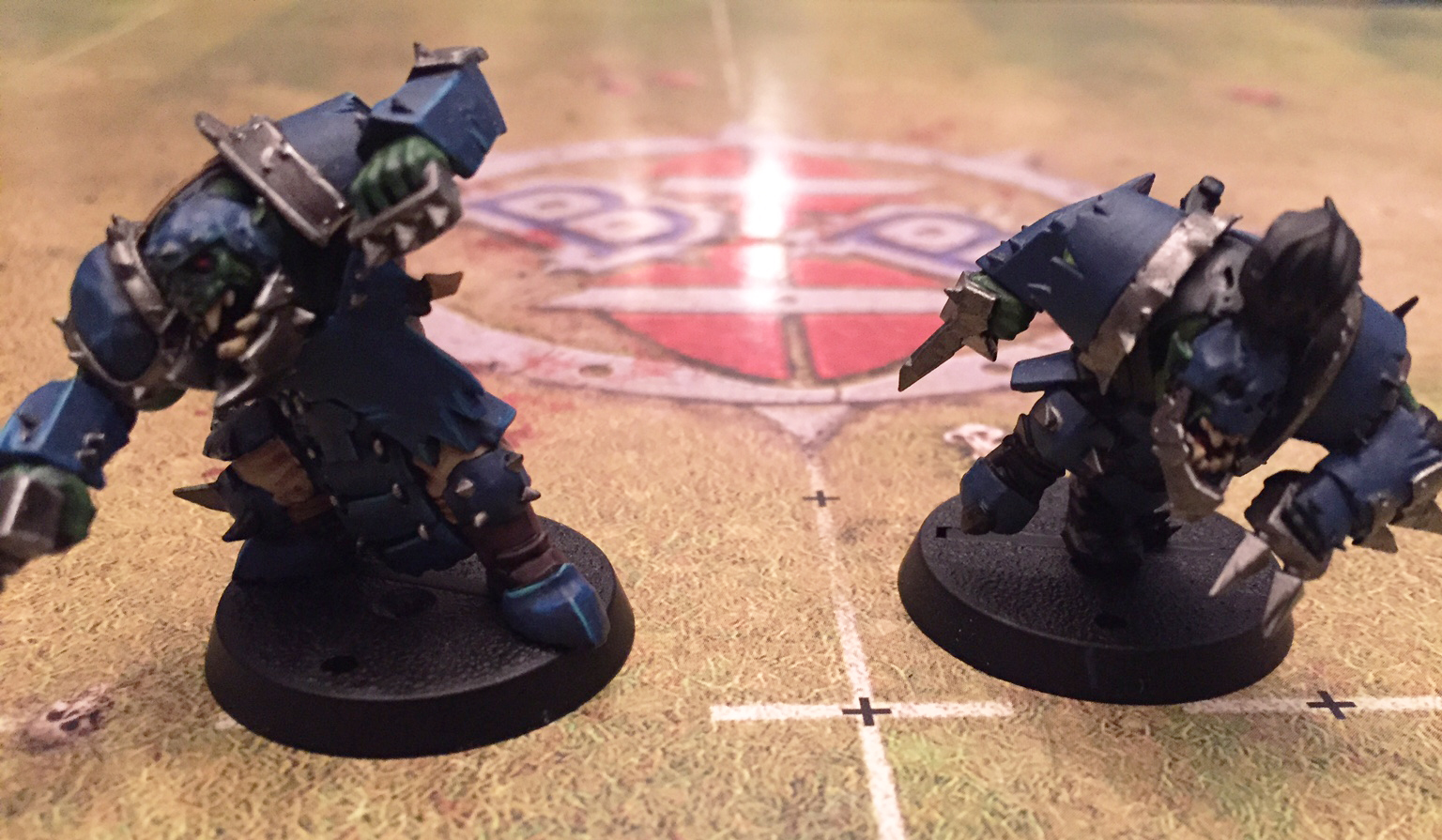 The double-sided game board is really well done too and printed on high quality, heavy duty cardboard. Offering home fields for both sides, with a muddy and gruesome orc side and the slightly better kept human grassy field, this breaks up the monotony of playing on the same game field each time.
The included accessory sprue is also a nice benefit, especially the improved passing ruler. Finally there’s not just one, but two sets of the specialty dice needed to play the game! Everything about the physical design of this edition just screams high quality.
As someone who played quite a bit of Blood Bowl in previous editions, I am glad to say that the rules remain basically unchanged. With the transition of the Warhammer Fantasy to the much different Age of Sigmar system, I was concerned that Games Workshop would attempt to “improve” the rules by further streamlining them. No worries here though as the tactical grid based system remain the same.
My one complaint is that the base game box only comes with rules for playing the human or orc teams. If you want to play as one of the other teams, such as dwarves, Aelves, or Minions of Nurgle, you will have to pick up a copy of their Death Zone: Season One supplement. You also need this extra rulebook for rule on league play. Blood Bowl is complete in what you get, there is just a lot more you can do but to do it you’ll need to look out for additional supplements.
For those who are long standing fans of the game or those looking for a skirmish level miniatures game that has a ton of character, Blood Bowl is a can’t miss. (Games Workshop) by Adam Talicska