ARCTIC SCAVENGERS (Rio Grande Games)
It’s the year 2097 and humanity’s plunged the world into a new global ice age. 90% of the population is dead and the remaining few are left as… Arctic Scavengers. (cue theme music)
In this deck-building game from Rio Grande (makers of another great deck-builder, Dominion) players take on the role of a leader for one of these leftover, shivering tribes, competing for resources, food and ultimately, more members.
As a deck-building game, Arctic Scavengers follows along with a lot of what you’ve come to expect. You start out with a limited hand, use that to acquire better cards, then discard and draw back up – each turn getting better and more effective hands. 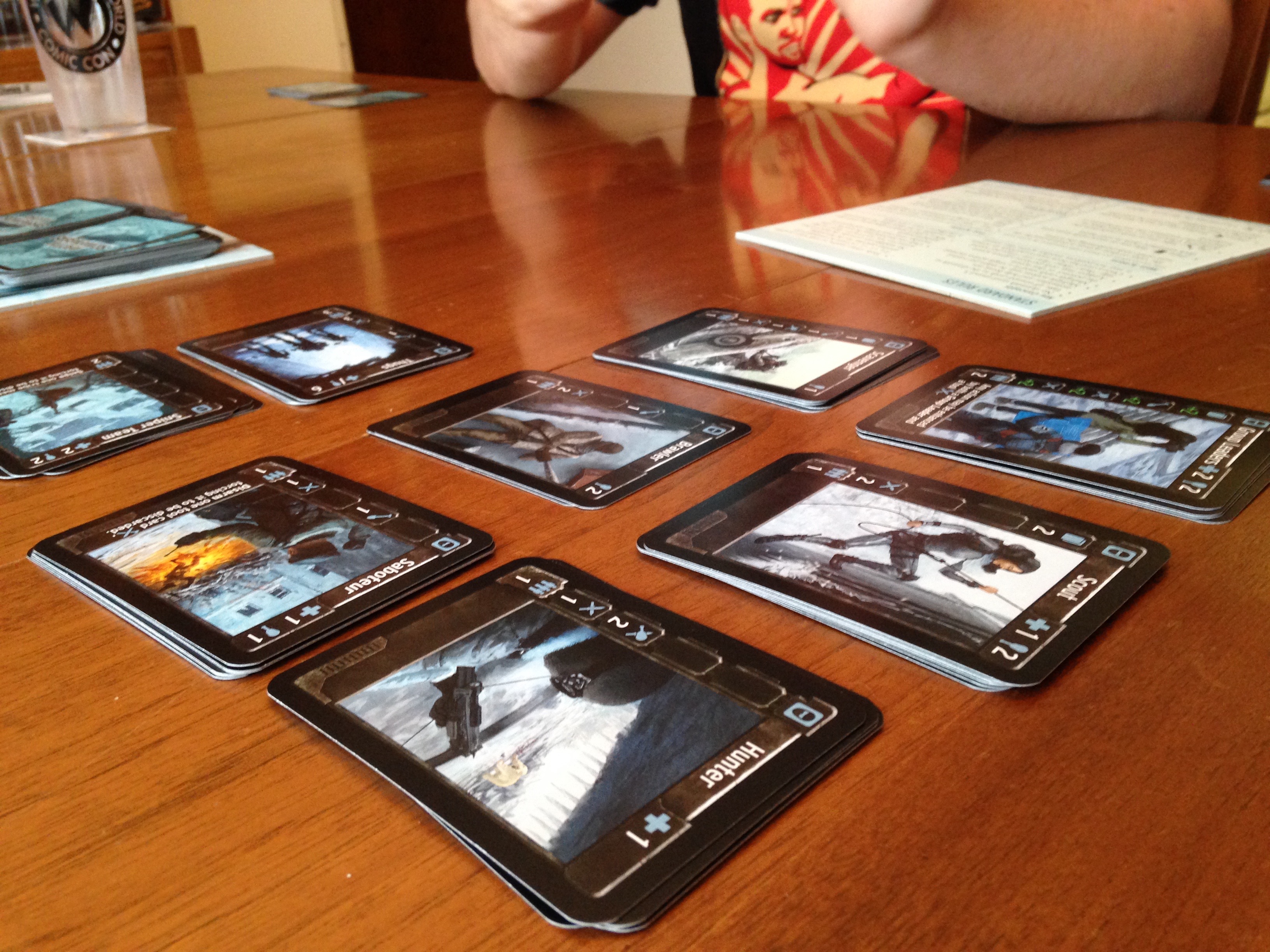 The main difference Arctic Scavengers has from other deck-building games comes in the melee phase. After each player takes their turn of hunting, exploring, scavenging and recruiting more tribe members, any unused cards are carried over in a fight for contested resources. These are kept face down, so cards that wouldn’t be effective during your turn can be held on to for bluffing your opponent into holding on to more cards in the hopes of winning that turn’s melee. It’s a really great and unique mechanic that makes for more player interaction (sometimes deck-builders can play out like separate games of solitaire) and takes dead cards and still utilizes them in gameplay.
The second latest printing included the HQ Expansion with a number of different ways to play including the really fun Tribal Leader concept – starting players off as a themed leader: a Cannibal, Religious Fanatic, Gangster, Butcher and many more.
Finally, if that’s not enough to entice you, a new printing is out now that includes the HQ Expansion along with the new Recon Expansion (separate Recon Expansion packs are also available). (Rio Grande Games) by David C. Obenour