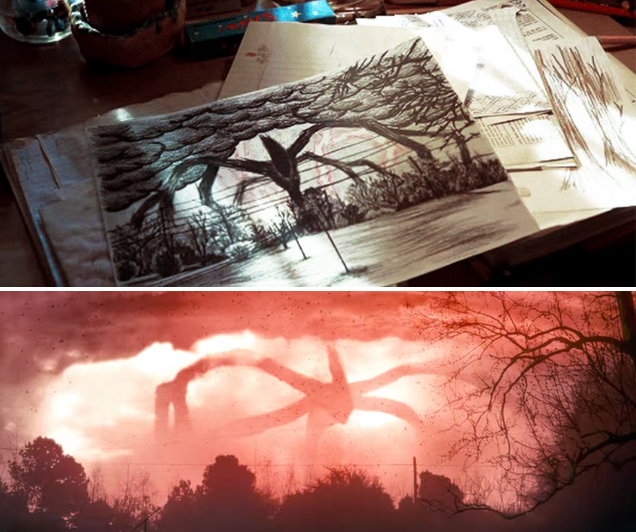 If you watched the Super Bowl like so many Americans did yesterday, you would have been able to catch the 37-second teaser trailer that gives a nod to pop culture of the 1980s with Ghostbusters costumes for the next season of Stranger Things.  Eleven, or Elle as she’s called by the boys who have friended when she first appeared to them, opens a door to what looks like a hellish landscape which features a monster from a drawing that’s shown just moments before. The words “The world is turning upside down” is flashed in the middle of the trailer which hints, life is about to get a little stranger here.
Let’s hope we get more of Winona Ryder‘s kookiness.