If the internet was a place that would primarily be utilized to discover new music, I would say, “I love you internet, I love you”…but, that’s not the case. The one thing that the internet, to me, is really any good for is…music. Writing for an independent music magazine helps, but there’s nothing like spending a little extra (too much) time on the internet and discovering something new in music. That something this time is a someone named Xenia Rubinos! Say it with me peoples, ZEH-KNEE-YAH, now say it quick! Her groups first full length release,  Magic Trix, is an introduction to an artist that without a doubt will have a good run in this thing that connects us all, music! The music hypnotically puts you in an electronic-funk-rumba zone that you won’t want to leave, her vocals do the same tenfold. Xenia is an artists’ artist, a true free bird. I recently had an opportunity to have a little Q & A with her and all can say is, come on and get down with the get down!!!

Magic Trix is your first full length album? How long did you work on it and when was the point that you said “this is it” it is ready to go?

It is in fact my first full length. I worked on the pre-production of the album for a few months with my co-producer and drummer Marco Buccelli . Our engineer Jeremy Loucas and bassist Adam Minkoff joined us for about 4 days in which we tracked the majority of the record in our studio. We took our time mixing and working with the sounds for several months and made sure to give ourselves time to really listen to everything and that every song got the attention it needed. So all in all it was a 9-10 month process. You can go on fiddling forever with things, but for this album the aesthetic was pretty clear: play the songs live and record them. So we pretty much stuck with what we recorded. We didn’t want to mess too much with the raw, live feeling of our performance so that helped us to keep things simple and move on when we needed to.

Tell us a little about the album and the new listeners you hope to reach.

Magic Trix was made with lots of raaawwrness (as in a growling lion) in a sweaty Brooklyn basement. The album is a collection of rhythmic, ecstatic songs in English and Spanish that are singable, danceable, thinkable and growable on you. I hope that we’re able to reach a diverse audience of listeners with it.

There are moments of the album that are melodiously mystical – when you create music do you let the spirits guide you? Or are you methodical about your production?

I’m a kid in music, I play. I just try to get out of the way of the song as much as possible and help it get where it wants to go. I suppose there is some level of spooky spirit-like ambiance that happens in that process.

Who are the muchachos gauchos nachos? Oh, they’re not your friends?

I thought you invited them over!

I have not yet and would very much love to play Mexico, Chile, Venezuela, Colombia, of course Brazil – the whole continent please! I mean, where would I NOT want to play is perhaps the more intriguing question…. (hmm)

Tell us about the music that inspires you to do what you do. (aka What do you like listening to?)

I am inspired by music that takes risks. There’s a great deal of innovation going on! Right now I’m listening to everything from Raleigh Moncrief’s stuff which has such a distinct neon flavor to me, St. Vincent because she’s tearing it up on the regular, and just caught an amazing show with ESG which felt like going to church in terms of how important their music is to what a lot of us do today. I was blasting ESG’s “U.F.O” on repeat yesterday, that song is sooo heavy! NY based band Ava Luna opened that show and is kicking major ass right now as well! There’s just a lot of great music out there, very exciting!  Recently I got on a rumba kick, I’m trying to learn more about it – listening to a lot of Munequitos de Matanzas. Also just discovered a song my great grandmother used to sing, I never knew what it was. She just sang in spanish, “Crazy, my friends call me. Crazy, because they’re all a witness to my first love.” After 15 years, this melody came back to me  the other day and I looked it up. To my surprise it’s a tango called “Loca” written in the early 1900’s by a Spanish composer Manuel Joves with lyrics by Spanish poet, Antonio Martinez Viergol. I’m inspired that my great-grandmother who was born in 1903 sang this song around me and I now am able to listen to it, find where it comes from and think about why she was singing it. I am so intrigued by the raw drama of these old school interpreters as well, check out this video of Lucha Villa singing “Declarate Inocente”

This is tragic great stuff! I just like music that gets all up inside of me and does something I maybe wasn’t even expecting.

Any artists out there that you would like to collaborate with?

YES, I would like to make things with all the wonderful people who are around me. I know such great creative people that work in all different sorts of fields and crafts. One of my goals is to team up with all of these extraordinary “ordinary” people I know.

What do you have on tap for the rest of the year?

There’s an artist residency later this summer which will involve some great exploration of using found sounds in compositions. Writing new music for the next record, more live shows, building things!

To find out where Xenia is performing next check her listings here: http://xeniarubinos.com/live/ 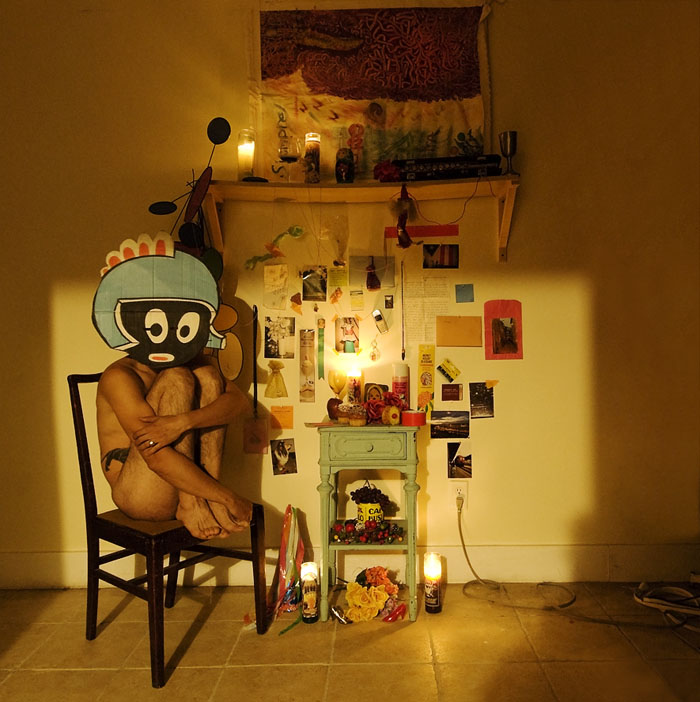