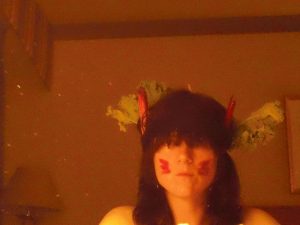 Jen Schande, the indie songstress who split a 7” with The Cribs, and played in San Francisco’s Boyskout, launched her debut solo project 19: Songs for and Inspired by Valencia Chapter 19 in July 2012. Schande’s musical take on the autobiography by Michelle Tea displays complete ownership of 1990s indie rock – where mood, tone and angular guitars weave a narrative of attitude, wandering, wondering, lust and cycles.
With this, and other ambitious records to her credit, Ghettoblaster had to ask Schande what other 2012 releases blew her mind this year.  These are the records that she was digging this year…
My top 11, in no particular order. I cheated with an extra, sorry about that….