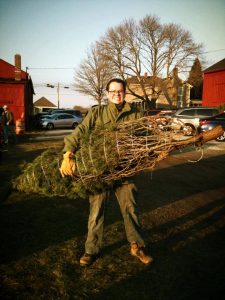 2013 was a good year for music… which is kind of a worthless statement when you consider how much music comes out in a given year these days. Of course it was. Basically, you either did a good job searching or just got lucky (or subscribed to Ghettoblaster, hey-o!) and stumbled into the music you like. It’s out there. Maybe it’s even on this list, waiting for you to do a little Youtube or Spotify research. As Lt. Commander Geordi La Forge used to say, you don’t have to take my word for it…
1. Mark Kozelek & Jimmy Lavalle, Perils from the Sea
Everything hits on this album. Kozelek’s story telling, his and Lavalle’s accompanying music… it’s all here and damn near perfect. The fact that I like it more than Guided by Voices should speak volumes.
2. Guided by Voices, English Little League
The reunited Guided by Voices are an unstoppable good idea machine.
3. Colleen Green, Sock it to Me
Great pop songs, sung sweetly. You don’t have to reinvent the wheel.
4. Circus Devils, When Machines Attack and My Mind Has Seen the White Trick
The triumphant two-album return of getting weird with Uncle Bob (Pollard) and the Tobias brothers. If you know what to expect, you know better than to expect anything at all.
5. Hyrrokkin, Pristine Origin
Equal parts ideas, energy and hooks.
6. Ghostface Killah and Adrian Younge, Twelve Reasons to Die
Ghostface and other members of Wu-Tang doing a concept album based around a comic book. ’nuff said.
7. Caroline Smith, Half About Being a Woman
A real surpriser as I don’t normally go for the whole new-soul thing. It’s not just throwback either as Half About Being a Woman is a nice mix of old influences handled with a modern approach.
8. Mazes, Ore & Minerals
Sounds kind of like an early and less precious Badly Drawn Boy doing Pavement covers. In other words, well-done indie rock from across the pond.
9. Cate Le Bon, Mug Museum
Bummed that Stereolab didn’t release a new album this year? …wait, did they? No, I don’t think they did. Anyone want to Google that?
10. Skeletonwitch, Serpents Unleashed
Skeletonwitch has a new album? That’ll go in my “best of” list.
11. Superchunk, I Hate Music
Superchunk has a new album? That’ll go in my “best of” list.
12. Earthless, From the Ages
Earthless has a new album? That’ll go in my “best of” list.
13. Kurt Vile, Waking On A Pretty Daze
For a guy who talks about not smoking that much weed anymore he sure did make a great album to smoke weed to this year.
14. Holy Grail, Ride the Void
These guys might not have made it on if it wasn’t for their live show. Witnessing their face melting performance erased all doubts. Raise your horns.
15. Crooks on Tape, Fingerprint
Enon’s back! Well, two out of three members who are doing something different are back but… none-the-less.
BONUS: Tig Notaro, LIVE
If you only listen to one comedy album this year, please, please, please make it LIVE. As funny as it is human.