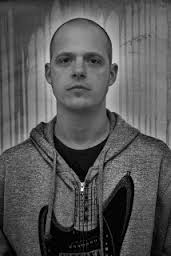 Armed for Apocalypse came from nowhere and nothing. The sludgy four-piece from the small Northern California college town of Chico have worked relentlessly to leave their imprint on metal. Through tours across Europe, around the states and up and down the West Coast, they’ve continued to spread their name in the best way possible: word of mouth.  This is the kind of band who’s heaviness comes not from triggers, posturing, and frills, but from heart, evidenced in their full-length, The Road Will End, released by Ironclad Recordings.
Ghettoblaster recently caught up with guitarist/vocalist Cayle Hunter to discuss some 2013 release that also had heart.  This is what he told us.
Nails – Abandon All Life
They really captured something on this record. The recording is FILTHY, the vocals are pissed off, the songs are stupid brutal with mountains of mega-riffs. This is why you listen to heavy music.
Killswitch Engage – Disarm the Descent
Killswitch does the melodic metal thing better than anybody, and really we’re not fans of anyone else that does it other than Killswitch. Their last output seemed sort of uninspired and the guitars sounded straight up weird, and with the return of their original singer we were thinking it was going to be soft and ballad filled. Wrong! They came out hot with probably the most aggressive album they’ve ever done. Solid record start to finish.
Daft Punk – Random Access Memories
You couldn’t be alive in 2013 without getting inundated with “Get Lucky”. The single has been everywhere, to the point where you start to hate it. But guess what? 10 years from now that song will still be getting rotation at dance clubs and parties and everyone will still move when they hear it. The single will be what everyone remembers but they will overlook what an incredible piece of work the entire album is. We don’t listen to EDM at all but we love groove and good taste. Random Access Memories has it all.
Black Sabbath – 13
Everyone is Armed For Apocalypse are huge Black Sabbath fans, but this pick is mostly for our bass player Corey. He is the biggest fan of all of us and he would kill us if we excluded it. And let’s admit, “13” is a very good Sabbath record. The recording sounds huge, the riffs and the way the guitar and bass work together are just so….SABBATH, and the Ozzy’s vocals are the best they’ve sounded in years.
The Wonder Years – The Greatest Generation
What can we say? Two of our 5 members have played in pop punk bands, and right now The Wonder Years are doing it better than anybody. Energy, emo lyrics, funny lyrics, catchy songs that WILL NOT leave your head but somehow don’t come off as cheesy. An album full of anthems. If you’re a pop punk fan and you don’t dig this record you’re weird.
Cult of Luna – Vertikal
Do you like epic shit? Well we do. This album is a no-brainer.
Deafheaven – Sunbather
Where do these guys get off being able to mix all of these styles and make them sound so bad ass? This band and this album does Black Metal more creatively than it’s ever been done before. Totally fresh and exactly what the genre needs.
Protest The Hero – Volition
SO MUCH SHRED! Normally not a huge fan of this band, but this album is the peak of techy/poppy/spastic shit. The signature drumming of Chris Adler never gets in the way, it only adds power and flavor. The guitar work is like porn for shredders. The vocals are the most palatable for them to date. The most song oriented album they’ve ever done, and it’s legit!
Black Dahlia Murder – Everblack
One of the most consistent bands in metal. They always put out quality product and Everblack is no exception. They have riffs that will knock your dick in the dirt and they play them fast, mean, dark and all of the other shit you love about good metal. We can imagine kids breaking Olympic sprinting records in the pit during these songs.
Norma Jean – Wrongdoers
Another giant sounding record from these old favorites. Their popularity may be waning but it shouldn’t be because they keep turning out albums with teeth. Wrongdoers keeps you interested, and that’s more that can be said for most heavy bands that have been around this long. This record sounds inspired. It sounds sincere. It sounds like it’s played by humans and not Pro Tools. Kids, take notes.
(Visit Cayle and Armed For Apocalypse here: https://www.facebook.com/armedforapocalypse.)