Being engulfed by different types of music on a daily basis, especially when going through hundreds of e-mails weekly, can be a daunting task at times. Digressing from a full on rant on some of the not so intriguing music, there are some projects that I find sifting through my inbox that make me say, “hold on, hold on…what do we have here?” That was my exact reaction coming across the latest project from The Battle of Santiago (TBOS), Followed by Thousands (FBT). 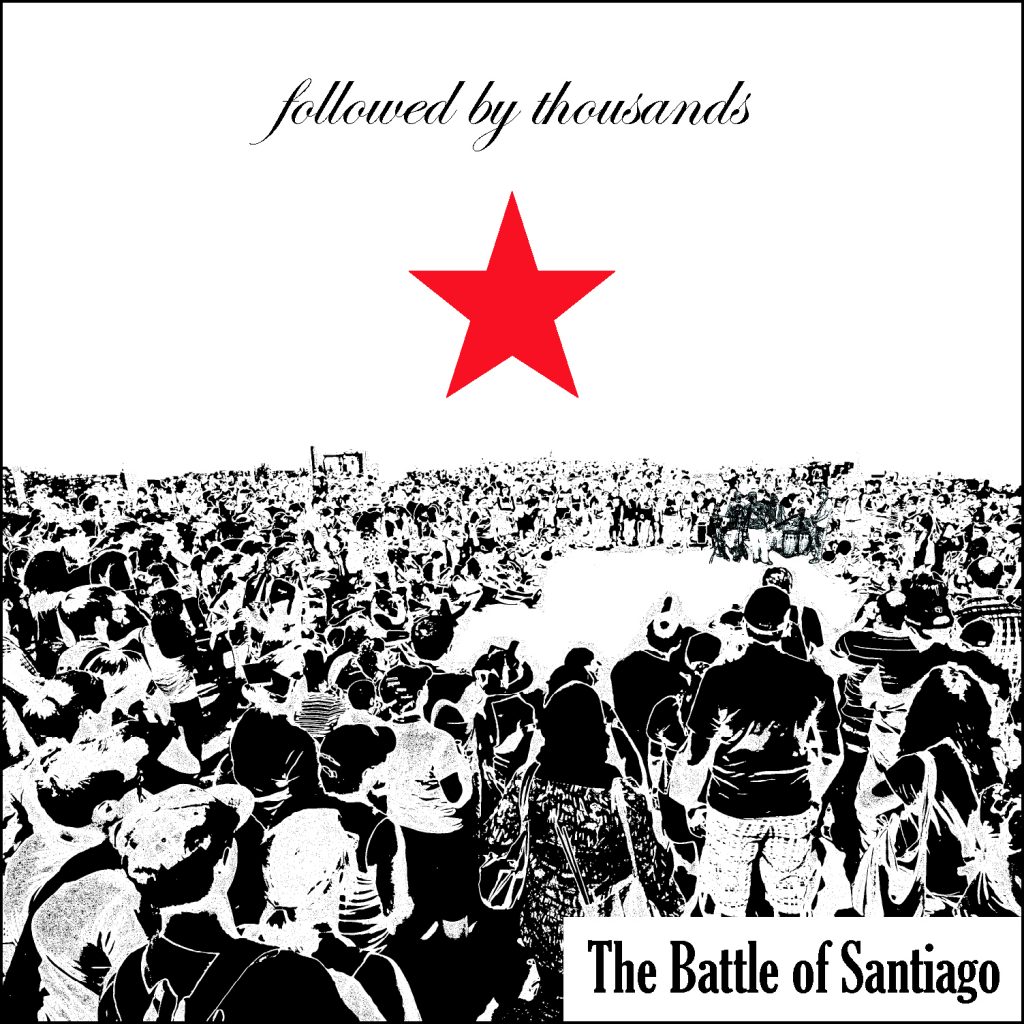 A little background, TBOS hails out of Toronto, Canada. Comprised of five (for this album) who are Mike Owen bassist and founder, Joel Perez and Reimundo Sosa on percussions, Michael Butler on saxophone and flute and finally Lyle Crilly on guitar. The number of the group can easily change on any given day. The band combines an array of sound; one may easily place them under an Afro-Beat category but diving in to the music it’s clear that the sounds coming through the speakers are a little more layered. One can find influences coming from various genres from the aforementioned Afro-Beat, to a tinge of Electronica, Afro-Cuban rhythm, Cumbia, Roots Reggae and any other sound that falls in to sync – all that in unison creates the dynamic that is TBOS.

I couldn’t help to feel the same feelings I felt when I first heard Abraxas by Santana in the core of this album. A sentiment Mike Owen was gladly open to accept, “that’s amazing man, and I appreciate that! I love the work Santana did in those early days, thank you for the compliment.” In essence TBOS is a definitive jam band and in the process of laying down the blueprint for this album there were already other projects being worked on and previous projects being revitalized. “We are always working on music, we have our recording studio in a garage, so we’re always creating music”, easy to see how jamming is something that comes second nature to this crew.

Listening to FBT, I get this overwhelming feeling of rebel music. The soundtrack to rise up! TBOS, borrows its name from the infamous 1962 World Cup match between Chile and Italy (want to know about it? Look it up sucka!). TBOS can also be related to the Battle of Santiago de Cuba, yep – go look it up! After giving an explanation to the group’s name Mike says, “I liked the name also because there can always be a victory in a battle, but in war there can only be death.” With an outlook like that and music that can back it up, it’s easy to see why this group would be followed by thousands.

There is not really much more I can say about TBOS because in all honestly you have to feel it. Like Mr. Nesta said, “he who feels it, know it!” The following is a GhettoBlaster exclusive, the latest video from The Battle Of Santiago “According to Legends”
http://youtu.be/0qH_Ocs1ZJE