Bay Area quartet SWMRS have announced a co-headlining West Coast tour with So-Cal’s Melissa Brooks and The Aquadolls. “The Aquatic Reference Overkill Tour” will kick off in Santa Ana, CA on January 13, 2016 and wrap in Fresno, CA on January 24, 2016. Tickets for all shows are on sale now and available HERE.
Earlier this month, SWMRS announced that their debut album Drive North is due for release on February 12, 2016 via Uncool Records. The album is available for preorder HERE. The band premiered their new single “Figuring it Out,” which you can listen to HERE.

A complete list of upcoming tour dates can be found below. 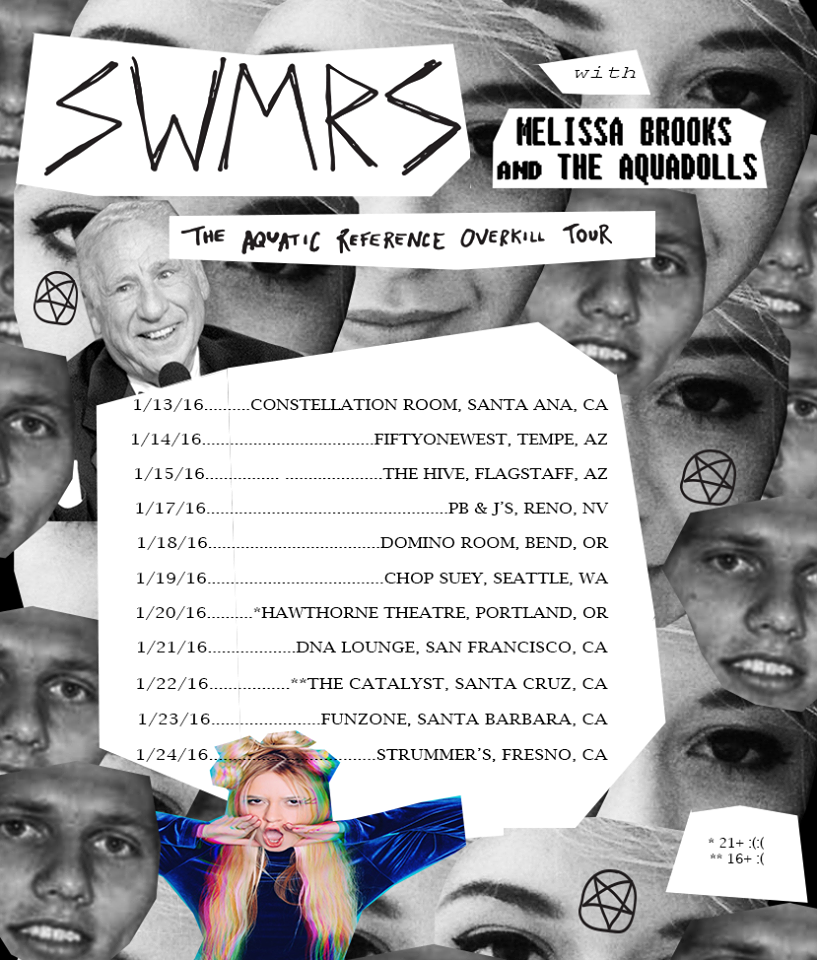