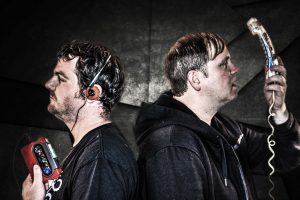 The 18th Sound Check Chat podcast with Luke Pate of Frameworks was released on March 15, and culminates the first full year of the podcast. The podcast is sponsored by Earthquaker Devices (http://earthquakerdevices.com/), Ghettoblaster Magazine, YouIndie.com and Frame Jump Music Videos.
Access the podcast here: http://goo.gl/VTvqLD
Formed in Gainesville, Florida, in 2011, Frameworks first gained notice with their early 2013 Small Victories EP on 13th Floor Records. A split release with Kittyhawk, Prawn and Droughts later that year drew more attention to the band who somehow manage to create music that exists where Explosions in the Sky and Fucked Up meet. Their LP Loom was released on Topshelf Records in 2014. The album was produced by Jack Shirley
On March 15, 2014, the podcast launched via iTunes and Stitcher, as well as at the Sound Check Chat website (http://www.soundcheckchat.com).
Previous podcasts included interviews with Dads, Mineral, Dot Hacker, Grieves, Buffalo Killers, Circle Takes The Square, The Jazz June, Empire! Empire! (I Was A Lonely Estate) and more.
(A note about the podcast: The podcast with Luke Pate was recorded last year, prior to the Bill Cosby sex abuse allegations.  There is mention of a Bill Cosby sweatshirt, which obviously, isn’t the kind of the podcast producers would desire post allegations.)