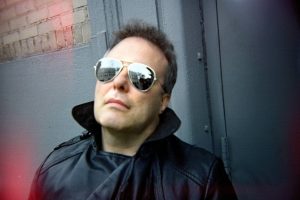 Civics 101 with Jello Biafra
Music legend and political activist Biafra discusses vampire cereal mascots, why Obama is an O’Bummer, and why illegal file sharing is definitely not punk rock
By Jason Webber
Even Jello Biafra’s answering machine is hardcore.

After being instructed to call the founder of the Dead Kennedys and longtime political activist at his home by his publicist Alan (who, for the record, is the most organized and friendly PR guy I’ve met in this business), I end up getting an answering machine message that runs about three minutes long. It’s Jello’s unmistakable voice narrating a long political statement about, well, a bunch of stuff—Greece, the election; other stuff I can’t remember. When I finally hear the beep to leave a message, I’m a bit too stunned to leave a message – is the guy even home? – so  I hang up and call Jello’s cell phone.
It turns out this was a mistake.
“Hello?” Yup, it’s Jello, sounding ever so slightly annoyed.
“Um, hey, man…”
“You should’ve stayed on the other line,” he says. “You’re not supposed to hang up. You’re supposed to SPEAK!” Oh. Sorry, dude.
I excuse myself for the unintended faux pas and call him back on his land line. We’re supposed to talk about the forthcoming album White People and the Damage Done from his most recent band Jello Biafra and the Guantanamo School of Medicine—and we do—but when you’re talking to the Noam Chomsky of punk rock, you’re going to get more than just your standard “so tell me about the new album…” music interview.