When a producer decides to inject his/her music into the current digital society we are a part of, it would be wise for them to ensure what they let out to the masses is something that will stand the test of time and if not the work should have the components within its DNA to have a certain kind of impact in the future. Black Milk has been (quite as kept) accomplishing both of these things with his releases! His latest offering “If There’s A Hell Below” is a result of the experience, exposure and evolution that he has lived throughout his still budding career. The album which picks up where the previous album left off is a juggernaut of boom-bap ambiance that plays thick in your eardrums like a smoke-filled nightspot. The vibe though, is poignant and you can’t help but to appreciate what this cat does. He acknowledges the past of music and everything that laid down the foundation to what he’s about. Evident on a track like “Detroit’s New Dance Show” where he samples audio from the Detroit public access show that aired during the late 80’s, early 90’s, The New Dance Show. A must for any, to hear those club classics of the time and to watch the fly steps being showcased by the D-town crowd. If you don’t know about it get your YouTube on. With that said, I was able to speak with Black for a few about the new album, production and current events!

It has been a little over a year from your last release “No Poison, No Paradise”, what was your inspiration in creating “If There’s a Hell Below”?

Working on music man! Before I even dropped “No Poison…” I knew I wanted to follow-up with another album for 2015. Not only just the next album, I also dropped singles and EP’s in between as well. Just trying to keep the momentum going, you know in the lab working hard, banging out solo stuff and production for other people, just keep it going like that.

You know in listening to both albums I get a sense that the new album is almost like a continuation of sorts from the last one. As far as the moods of the albums, that’s what it feels like to me. Was that intentional when you were making this album?

Yeah man, this new album is somewhat a continuation of the last one – not necessarily as conceptual, but it still has a sense and feeling of “No Poison…” I don’t know if I’m just getting older where I want to kind of take a moment and look back at the things that have happened in my life so far. Whether it’s being on a personal level, being in the industry, being an artist. I feel like I’ve done a significant amount of things in my life that I can kind of express some of these things through the music. These last two albums have been that! Me giving people a personal side, plus where I’m from, how I was brought up and the environment I’m from. You know a lot rappers always say that, how they want to talk about their life and all that. A lot of our struggles are similar; with me I just wanted to make it a little bit more conceptual and give it a few different twists so that it’s not the same old story.

For the most part your production seems to go through a dark alley where it has to maintain the right amount of “thump” to guide your listeners out off. It has a somewhat of an ominous sound-scape. Do you find that you take your listeners through something that will make them appreciate all the different levels in your production?

It’s definitely intentional! Being an artist, a producer for this long, learning different things on the technical side of music and life experiences. I kind of know how to put together an album and make it have a certain level of cohesiveness, where whatever I’m thinking in my head I can create that experience in the studio. I feel at this point in my career I’m definitely at a place where I can get certain things across on an emotional level and people could feel it.

On the album and from what the general public is aware off, you finally collaborated with Pete Rock and Bun-B. What was it like locking down and fulfilling what would seem like something off of a producers bucket list?

Being able to have Pete Rock on a project of mine is a big deal to me! He’s definitely one of my, and many other producers, biggest influence in production. To get the respect from him and to hear him or seeing him let me know that I’m on the right path is always an honor to get that nod of approval. Same with Bun! They don’t have to work with anyone if they don’t want to you know what I’m saying! Me and Pete we’ve been communicating the last couple of years just vibing on some beat stuff. He sends me snippets of some beats and I check them out, I send him beats he checks them out. So when I was doing the album, that particular track was like ones of the last ones and I said to myself, “man it would be dope to have Pete spit on one of these tracks”. So I reached out to him and he was down. Bun and I were supposed to work together when I was working on the Random Axe album, he was supposed to come through and work on that. Schedules didn’t work out, so I wanted to get Bun and work with him on this joint!

I was reading a couple of interviews on the internet and there was an ongoing reference that you seem to keep the best of your production for yourself. Not sure if those people are actually aware of your catalog, but do you feel that you create primarily for yourself first and then somewhere down the line say to yourself “hey this joint would be good for blahzay-blah”?

Usually when I’m working on beats it just depends on the track. Certain things I might keep for myself might not work for me. It‘s not necessarily about the best beat I can come up with for myself, it’s more so what point am I trying to get across. What picture I’m trying to paint. It’s about what project I’m working on at the moment. I send out a lot of beats out to cats but some cats sleep to tell you the truth. So I end up using it for myself. I really don’t hold out on beats like that, I keep it moving. 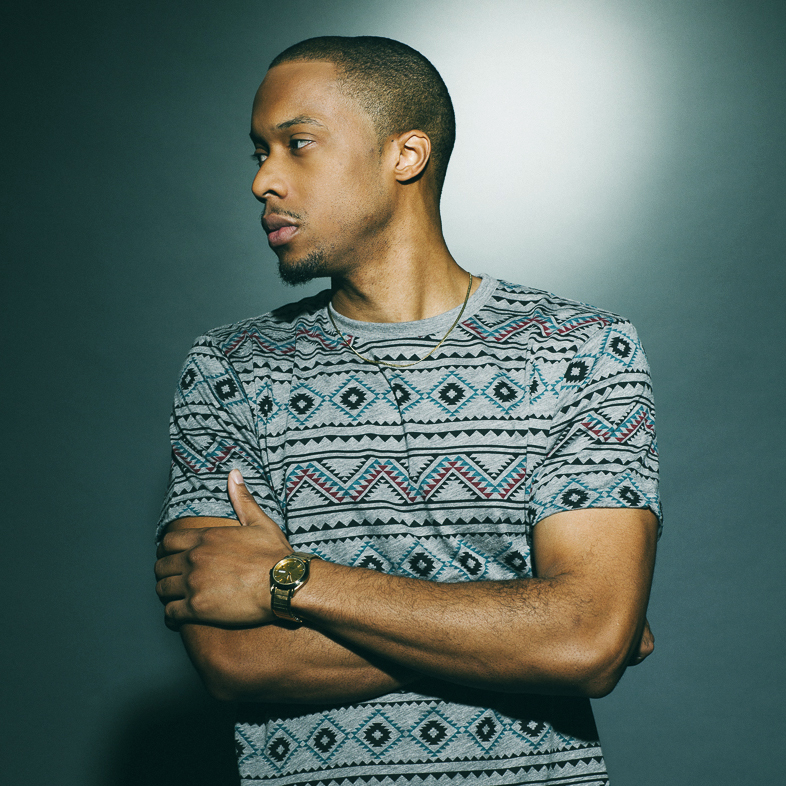 If There’s a Hell Below…safe to say that it’s a Curtis Mayfield reference. The themes on Curtis’ song are undoubtedly themes that affect society even to this day; racism, poverty, crooked politicians, police…and basically talking about all these things and not doing anything about it. In lieu of all the recent events going on not just in the US but around the globe…do you feel music is still as much part of a social movement as it was back then today?

Hell yeah! I think it’s needed for artist, whatever kind of artist you are. It’s important to express what’s going on and to let as many people as they can aware of what’s going on. Especially the kind of position you’re in as an artist. The world is different now from what it was in the sixties and seventies, there are a lot of the same issues still being dealt with but for the most part some of these younger generations don’t know what it’s like to grow up like in eighties through a drug/crack era. They don’t know what it’s like to grow up through a civil rights movement, getting dogs sicced on you and hosed down. They don’t know what it’s like, I don’t know what it’s like, to go to a restaurant where it’s whites only! That’s a whole different kind of mentality. The world is different from what it was 40-50 years ago so of course the content is going to be different that comes out in the music. You’re going to have a few artists that are conscious and super political with it. For the most part the reason why people can’t really figure out why the younger generation is so different mentally then they were back in the day is because people just don’t realize the world is so different. You can’t blame them. You always hear people say “don’t talk about it be about it”, it seems like people are getting to a point, especially with all this fucked up shit with police killing black men, people are actually taking action, getting physically involved versus just saying something on Twitter! 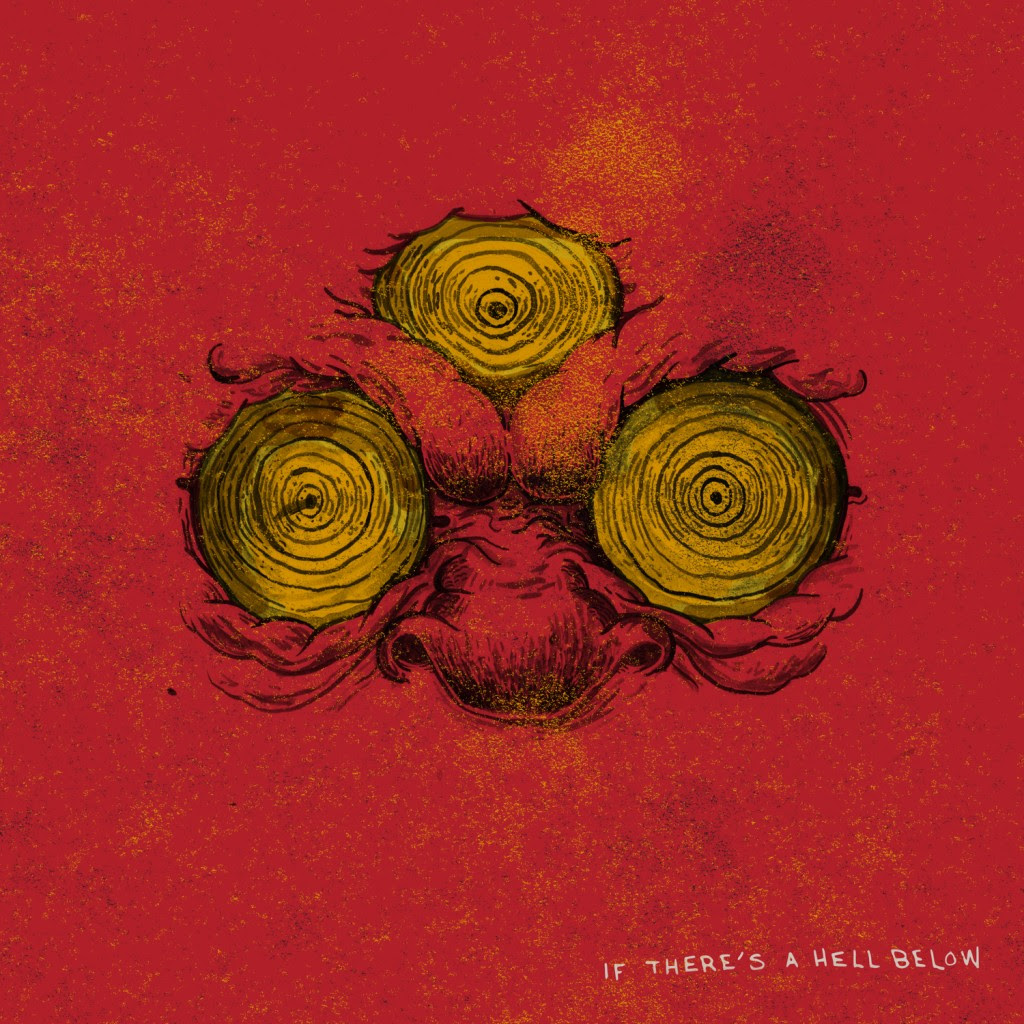