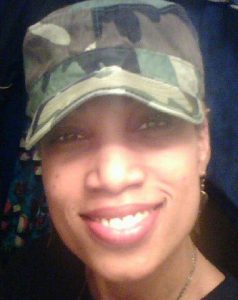 Name & Position: ND McCray, contributing writer
Best Album: Robert Glasper Experience, Black Radio. This is one of my faves because of its eclecticism. It’s jazz, it’s R&B, it’s hip-hop, it’s soul, it’s spoken word. It’s lovely.
Best New Band: Alabama Shakes [blues-rock-soul band] is a band you wanna keep to yourself because you know once everyone finds out who they are, they’re gonna blow up. And that’s exactly what happened.
Best Live Band: I caught Grace Potter & the Nocturnals at House of Blues in Houston in November, and there were guitar solos, an Elton John sing-a-long, an Otis Redding cover and of course, Grace Potter rocking out with her model-good looks. Joins my top 10 list of best shows ever!
Favorite Interview: Rob Swift [legendary DJ/producer] in 2010. He was completely open to talking about music as a whole, DJing, the digital music revolution, crate digging, etc. Plus, whenever he answered my questions, he’d always say my name — which made the interview feel more like talking to a friend than this DJ-legend.
Best TV show: Scandal on ABC. Shonda Rimes created Grey’s Anatomy, Private Practice and now one of the most seductively-charged political dramas I’ve ever witnessed. And I’m not even into politics like that. But each week I’m on the edge of my seat, live tweeting half the time.
Best Book: Though Suzanne Collins’ The Hunger Games released in 2008, I only read it this past summer and loved it! Now reading Mockingjay, the final book in the series.
Biggest Surprise (Good): Back in February in Grand Prairie, Texas … I stood an arm apart from Lenny Kravitz.
Biggest Surprise (Bad): For the first time in my life I was fired from a job. It was a job that I wasn’t particularly fond of but it still stung like a bitch.