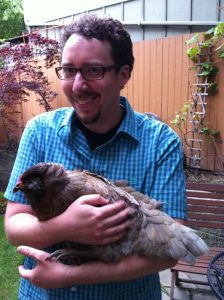 Name & Position: Jeff Locher, contributing writer
Best Album: We Don’t Even Live Here by P.O.S.  I couldn’t stop listening to Stef Alexander’s masterpiece of anti-capitalism hiphop, which brought anarchist humor together with punk (as usual) and EDM (fresh and clean).  Honorable Mention: good kid, m.A.A.D. city by Kendrick Lamar, a hiphop concept album that lived up to the hype.
Best Reissue: Copper Blue, Beaster, and File Under: Easy Listening by Sugar.  The trio’s 1992 debut album and its companion EP include Bob Mould’s best songs ever, so FU:EL seems to benefit more from the remastering treatment.  Turned up to 11, “Gift” gets on a stool to stand as tall as all Bob’s classics.
Favorite Interview: P.O.S.  No one in hip hop had a more fascinating message this year, and it was equally interesting via his new album and via this magazine’s pages.  I only regret that I didn’t know he had kidney problems when I spoke to him because I might have asked him more about his lie-to-see-a-doctor suggestion.
Best Movie/TV show: Three-way tie: “Game of Thrones,” “Mad Men,” and “Boardwalk Empire.”  All these cable dramas had gorgeous sets and costumes, stellar acting, riotous humor, and gripping writing.  I daydreamed on them all year.
Best Book or Graphic Novel: See a Little Light: The Trail of Rage and Melody by Bob Mould with Michael Azerrad.  This is cheating since Mould’s autobiography came out in 2011, but I want to mention it since Silver Age, his great 2012 solo album, is sort of related–and since I didn’t write for Ghettoblaster last year.  This true story of sex, drugs, and rock and roll is special not just because it takes several bizarre detours, but also because it’s devoid of cliches and feels like it could have happened to any of us.
Best Game: “Angry Birds Star Wars” by Rovio. In a year when George Lucas sold all our souls to devils in mouse ears, at least we received this consolation prize: a simple, clever reimagining of our galaxy far, far away.  Operating within the constraints of a cute mobile gaming framework, we can get a daily (hourly?) reminder that the force is still with us.
Biggest Surprise (Good): R.A.P. Music by Killer Mike. We’re so lucky Mike convinced El-P to produce his entire 2012 record. With Mike’s bombastic style and political lyrics as inspiration, El mixed boom bap into his beeps and blips, and the result is a classic record from a rapper whose previous work was uneven.
Biggest Surprise (Bad): Cruel Summer by Kanye West and G.O.O.D. Music.  Thanks to Dark Twisted Fantasy and the Web singles that led up to this comp’s release, we all expected much more.