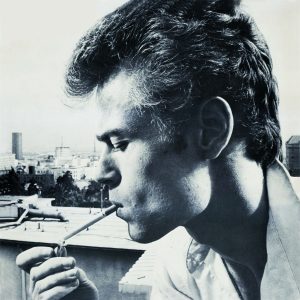 Legendary singer/songwriter Jack Lee has been on the radar of rock fans since the late ’70s, when he formed the iconic power pop band The Nerves, alongside Paul Collins and Peter Case. His songs have been covered by a multitude of artists from Blondie to Cat Power and Paul Young, but fans have found his solo work very hard to come by prior to this release.
Bigger Than Life is a double album filled with 23 memorable songs, all reissued for the first time since the 1980s, and showcasing the incredible songwriting craft of this reclusive pop genius. 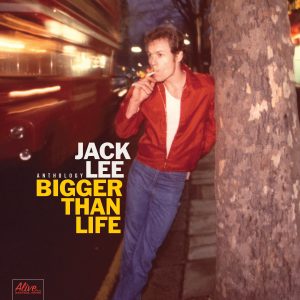 Today, Ghettoblaster has the pleasure of premiering Jack Lee’s “Hanging On The Telephone. This track was originally written by Jack and recorded by his pioneering ’70s power-pop band The Nerves for their 1976 EP. It was also better known as an early hit for Blondie in 1978. This version of the track was originally re-recorded for Jack’s 1981 solo album Jack Lee’s Greatest Hits, Vol. 1, which has been out of print since the ’80s, and will be featured on the new Jack Lee 2-LP anthology Bigger Than Life out Nov. 25 via Alive Naturalsound Records.